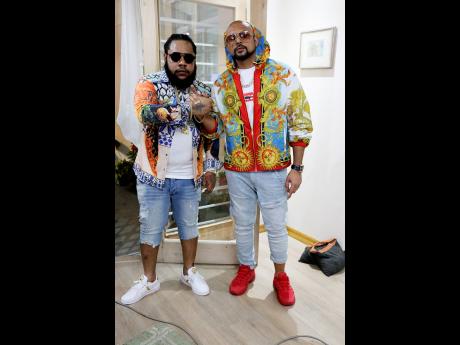 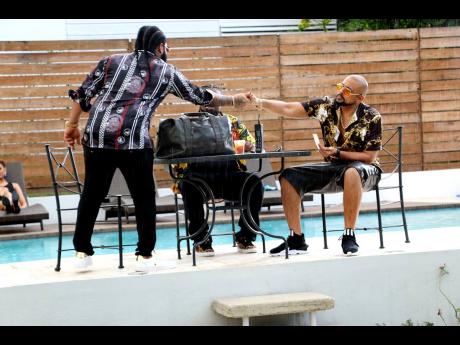 Life We Living is the latest in a string of collabs by internationally acclaimed dancehall artiste Sean Paul, and 6ix boss, Squash, is the artiste chosen for this track.

“I knew I wanted to do a song with Squash after hearing a few of his releases and rating the overall vibes,” Sean Paul told The Gleaner.

The Grammy Award winner said that after hearing Squash’s Ohh Lala La track, recorded on the same rhythm of British rapper Stefflon Don’s Hurtin’ Me remix, on which he (Sean Paul), Popcaan and Sizzla are featured, he was instantly sold.

He affirmed, “Squash has had quite a few tracks bubbling about the place, but one of the biggest for me was the one where he singjays “ohh lalala, oh nana nana”; because I was familiar with the rhythm, but his version was full of vibes and did it for me.”

Sean Paul, who is on several international R&B-dancehall fusion collaborations over the past year, including Boasy with Idris Elba; Contra La Pared with J Balvin; Differ Remix with Spragga Benz, Agent Sasco and Chi Ching Ching, and his own Naked Truth, featuring Jhené Aiko. He remains open to bouncing ideas with reggae and dancehall voices based in Jamaica, in an effort to broaden the scope of the local genres and his own catalogue.

“A couple of diverse rhythms that I thought Squash might like were selected, and yes, I liked all of them, but when we played them all for him in studio, he started to write after picking this one,” he said of the song composed by Dutty Rock Productions, Money Matters Entertainment and East Link Records. “In no time, he did the chorus then my verse, and usually, producers try to structure the audio recording in a different way, but it flowed so well that we were satisfied with it.”

Speaking to The Gleaner, Squash, whose given name is Andre Whittaker, expressed, “As much as me love dancehall and the local dancehall community, the reality is that when it comes on to selling music, and record sales, Jamaica is not that country. There is a market that is bigger and exists otherwise.”

The dancehall star says that the work that entertainers like Sean Paul have done, has had a major influence on his own career.

Sean Paul made phenomenal strides in the global music industry in less than two decades, and Squash says he has taken notice of this. “He has impacted how I view my own music and how it is fashioned for wider platforms and audiences.”

The collaboration, he shared, was definitely something he wanted to do, and Sean Paul presented the rhythms just at the appropriate time.

“Of course, it is a positive track, with the potential to break out bigger than what people expect. It is almost up to a million streams,” he explained.

Both Sean Paul and Squash agreed that the track deserved a music video and have invested time and money for the production. The two recording artistes worked tirelessly last Monday to shoot scenes for the “full of life” visuals because, according to Sean Paul, “It is always admirable when fans can get music from two artistes whose solo-recorded music they like, and then to see the visuals with the artistes interacting also adds to the overall impact.”

The music video was directed by Dameon Gayle of Damaniac Visualz and is scheduled for release before the summer ends.