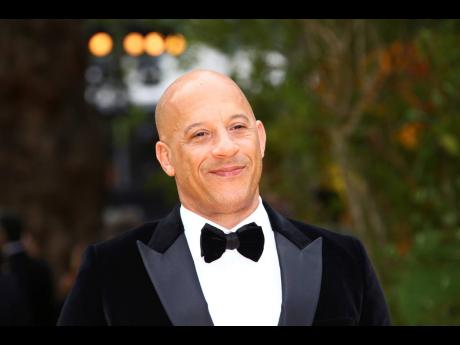 Vin Diesel’s stunt double has been placed in an induced coma after suffering a serious head injury on the set of Fast & Furious 9.

The Sun Online has identified the stuntman who fell “at least 30ft” during filming of the new movie at Warner Bros Studios in Leavesden, Hertfordshire, on Monday as Joe Watts, and revealed the British stuntman is “stable and being monitored closely”.

According to the website, Watts’ fiancée Tilly Powell – who is also a stunt artist – wrote on Facebook: “Joe has suffered a serious head injury and is in an induced coma. He is stable and is being monitored closely throughout the night.

“I love him so much and my heart is shattered. He has all his family and friends by his side to get him through this!”

Watts was reportedly filming a balcony scene when his safety wire snapped and he fell 30 feet.

A source said: “The stuntman fell at least 30ft – maybe a bit more. Vin Diesel was seen on set seconds after. He looked ashen, totally in shock and blinking back tears. He saw what happened.

“They were filming a very high balcony scene. The stuntman leapt from the balcony attached to a safety wire, but it looks like the cable snapped.

“He was meant to be left dangling below the balcony via the wire and then lowered slowly to the ground, but he plunged to the ground and landed on his head.”

A spokesman for East of England Ambulance Service told MailOnline: “An ambulance, three ambulance officer vehicles and Essex and Herts Air Ambulance were called to Leavesden Studios shortly before midday today, following reports of a man injured in a fall.

“One patient with a serious head injury was transported to the Royal London Hospital by air ambulance.”

Hertfordshire Police added in a statement: “Police were called shortly before noon today following an incident at Warner Bros Studios in Leavesden, Hertfordshire.

“It was reported that a man had been injured while working at the location and sustained serious injuries.

“The air ambulance attended and police officers are currently on scene to assist and carry out initial enquiries.”

Producers told Deadline: “We had an injury on the set of Fast 9 today in Leavesden with one of our stuntmen. We have halted production for the day to focus on this situation.”