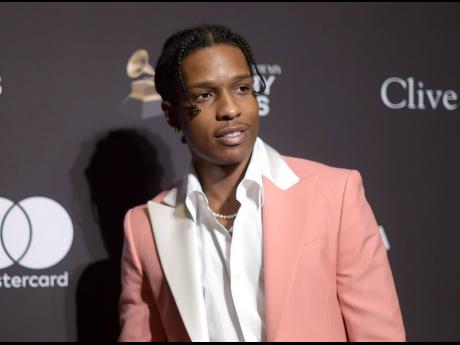 The authorities in Sweden have charged American rapper A$AP Rocky with assault.

The 30-year-old hip-hop star has been in jail since July 5, after he was allegedly involved in a fight in Stockholm prior to a music festival, and prosecutors have now warned he will remain behind bars until he faces trial for assault causing actual bodily harm.

A trial date has not yet been set, but a representative for the prosecutor told TMZ it will definitely happen within the next two weeks and it is expected to last three days.

Two members of Rocky’s entourage have been charged with the same crime, which carries a sentence of up to two years in prison, and they will also be held pending trial.

The prosecutor has reviewed video and spoken to witnesses and didn’t agree with the trio’s claim of self defence and provocation.

He considered the alleged victim’s statement, which he insisted was supported by witness statements, and though the alleged victim admitted hitting the Praise the Lord hitmaker’s bodyguard with a set of headphones, he only did so after the minder lifted him off the ground by the neck, so the prosecutor felt it was self-defence.

However, the alleged lifting was not caught on video, unlike much of the rest of the incident, and the bodyguard has not been charged with any offence.

Prior to his arrest, Rocky shared footage of the brawl on his Instagram account, which showed him attempting to break up the fight.

He accompanied the footage with the caption: “SO A FEW DRUG ADDICTS ARE NOT MY FANS , WE DON’T KNOW THESE GUYS AND WE DIDN’T WANT TROUBLE , THEY FOLLOWED US FOR 4 BLOCKS , AND THEY WERE SLAPPING GIRLS B@##S WHO PASSED , GIVE ME A BREAK (sic)”

The video showed Rocky remaining relaxed throughout the row as he told one of the men to calm down, after he slapped his security guard over the head with headphones.

When the man asked for the headphones back, the rap star said: “I understand, but you hit him with it.”

He then said directly to the camera: “Just for the cameras, we don’t want no problems with these boys, they keep following us.”