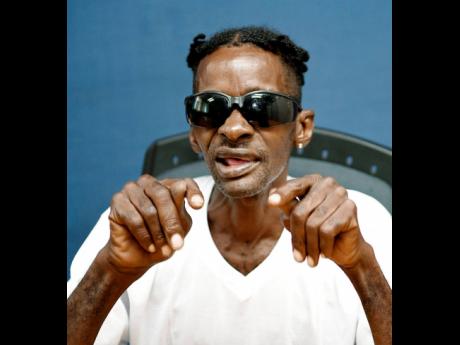 Ricardo Makyn
Although not a youth, Gully Bop is one of the acts scheduled to perform on Ba-Jam Music Festival.

Festivals and major concerts are usually prided on their big-ticket headliners, but there is a new festival that is highlighting, instead, the unsung and the up-and-coming talent.

Ba-Jam Music Festival will host its inaugural staging in Bridgetown, Barbados, on August 17, showcasing young talent from that country and Jamaica. Kemarie Smith, one of the organisers, told The Gleaner that this collaborative project between the two countries was fitting.

“Barbados and Jamaica have a beautiful thing going on and at the same time, our islands have been manufacturing musical talents, from big names like Alison Hinds and Rihanna from Barbados to Bob Marley and Vybz Kartel from Jamaica,” he said. “This festival is gonna be the first-ever official musical platform created to highlight and motivate young talents from both Caribbean countries who have been doing well underground but still have not received a chance to showcase their talent on a general scale.”

The event unfolds at Pirates Cove, and will feature an open-mic segment called ‘Buss A Youth’. The avenue was first explored in 2018 on Real Vibes Jamaican online radio, with which Smith is affiliated.

With Reggae Sumfest and Rebel Salute being the two major music festivals in Jamaica, Smith said plans are already afoot to have a local staging of Ba-Jam. But there are some challenges.

“Numerous times, steps have been made to do an event like this in Jamaica, but a lack of support from the general public and the persons in authority that should sponsor the event have made it difficult,” he said.

“I find that everyone rather to support an artiste that is already established instead of one trying to establish themselves, sadly. I came to Barbados promoting my music, but the moment I saw the love for young, uprising talents, I decided to contact Rawpa Crawpa and Real Vibes radio to do an event similar to what we used to do back in Jamaica. Hopefully, we can take this event to not only Jamaica, but across the Caribbean.”

By all inclination, his hope may actualise.

“The feedback has been tremendous,” he said. “I predict this will be an annual event from what we are seeing with the current runrate of tickets and phone calls from the types of people wanting to come on board. I think this will be ‘lit’.”