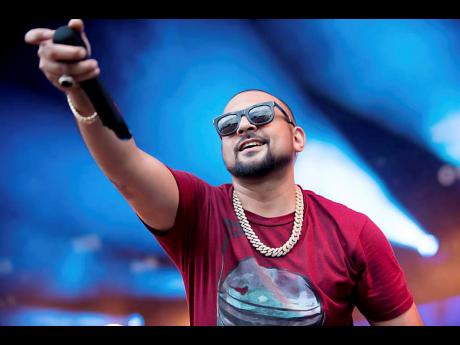 Zouk, the popular dance music of the French Antilles, and reggaeton, which found its success in the urban areas of Latin America in the early 2000s, are the two genres to which Grammy winner Sean Paul compares reggae and dancehall music.

“There is always a language barrier for the global musical genres, but when I use the word ‘barrier’, I don’t mean it to say that it is a bad thing,” explained the reggae-dancehall artiste in reference to an article that originally appeared on ‘BBC Newsbeat’ headlined ‘Language barrier – a problem for dancehall artists. Excerpts of the article also appeared elsewhere.

According to Sean Paul, his stating that the use of “hardcore Patois” has made it difficult for global audiences to understand Jamaica’s music was regrettably misinterpreted. “It’s a funny question (about Patois usage in lyrics being a contributing factor to artistes not crossing over to the mainstream) because I was asked that recently, and people perceived my response as me saying Patois is holding us back.”

He told The Gleaner, “Patois is part of the natural vibes of the people. I would never change Patois in dancehall. There is no cutting it, especially for a deejay.”

Sean Paul acknowledged that he has made hits from maintaining some level of authenticity through recording music in Patois. Temperature spent one week in the No. 1 spot on the Billboard Hot 100 chart in 2006 and approximately 15 weeks in the top 10. It was the first of his songs to record in excess of one million digital downloads, thus earning platinum certification. It is one of several tracks featured on his third studio album, The Trinity, that influenced his growing fan base, even though, he admited, listeners may not easily understand the lyrics.

Tracks like We Be Burnin’, Ever Blazin’ and Never Gonna Be the Same are all heavy on Jamaican Patois lyrics, and Sean Paul continues to share the language in collaborations such as Tip Pon It with Major Lazer, Tek Weh Yuh Heart with Tory Lanez ,and Body with Migos totalling over 30 million views on YouTube), among countless other tracks in his catalogue.

“I love our native speech. I sing most of my songs in Patois, and I express myself that way every day to friends and family. Growing up in Jamaica, there is no going around that,” he declared.

Jamaican entertainer Charly Black has done well in the Latin market with the 2013 breakthrough dancehall single Gyal You A Party Animal, a song that is deejayed in straight Jamaican Patois: “She tek off di shoes step pon di dance floor

And she start fi bruk out bruk out like a sore

Me know that she like me, tonight me a score.”

For Charly Black, Gyal You A Party Animal is the gift that keeps on giving. In 2016, it achieved diamond certification in Panama, Nicaragua, El Salvador, Belize, and Guatemala, and in May this year, the record was certified gold by the Recording Industry Association of America.

Charly Black said that based on his experience, Charly Black says that the connection with international audiences is made slowly but surely, and learning other languages may not make a difference.

“I have never had to translate lyrics to the international audience. The focus, for me, has always been on how a song is delivered; a dancehall artiste can sing on a hip-hop beat but still sound authentic,” Charly Black told The Gleaner.

He added, “To each his own because I am representing dancehall music, and it is not as challenging as in the past because people love our culture all over the world.”

Conscious reggae singjay Queen Ifrica also shared her two cents on the topic. “Patois is the reason our music crossed over in the first place, even if people want to deny it as an original language. It is our language, and the world loves it and would do anything to speak like us,” she stated. “And the proof is in front of me now as I am in Europe and it is normal to hear people of other races and birthplaces speak patios without having travelled to Jamaica because the music teaches them.”

Copeland Forbes, who has served as manager and/or booking agent for some of reggae’s biggest names, including Bob Marley and the Wailers, Peter Tosh, Bunny Wailer, Third World, and Gregory Isaacs, said that Jamaican Patois should not be seen as a barrier.

‘Barrier’ is probably seen as too strong a word. Language is not really a barrier in music, but it can play a great role in stopping certain things that artistes and the industry deem as important to one’s career from happening.”

Those “things” he referred to include making it on the US Billboard Hot 100 Chart, which, in turn, acts as a determining factor in some radio stations or disc jockeys overseas playing the music.

“It is harder to get on that chart if the people compiling the lists can’t understand the lyrics, and for the major radio stations, the programme directors are extremely cautious with the music that is aired, so it is a challenge if the language is not easily interpreted,” he said.

He said that reggae/dancehall artistes like Sean Paul and Charly Black, whose music does well in Latin America, have had major breakthroughs with songs win which Patois is dominant in the lyrics.

“It’s not affecting the music on a broad scale, neither is it playing hindrance of artistes progressing, and I am speaking as someone who stands in an audience watching entertainers perform their music, Forbes concluded.