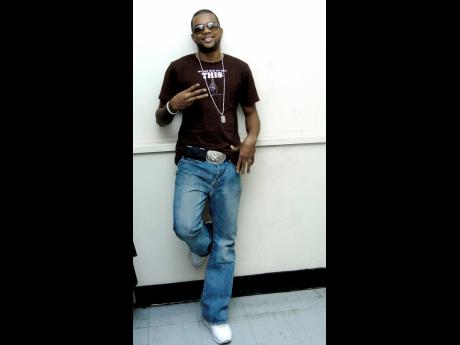 Producer-turned-artiste Esco is one of several reggae artistes involved in a musical campaign against the effects of climate change. Describing climate change as “a global crisis”, the artiste said he was contacted to do a track that would create awareness around the issue.

He explained that, having been drafted through his management team by Qadree El Amin, a close friend of late King of Pop, Michael Jackson, he knew the project was a special one. And, with reggae recently recognised by UNESCO as a global treasure, he figured there was no better way to spread such a special message than through the genre that has created massive global appeal.

“We’re approaching what scientists call the ‘danger zone’, which means that in a few years we may have done so much damage that the earth would be irreparable, so nuh joke nuh inna dis thing. It’s a very serious time and we need fi start activating people right now. We need to start educating them on the steps to take, the things to do to actually make the change, and what better way to spread that message than through music,” he said.

“Our manager, Delmar Drummond in California, went to an event and met Qadree, Stevie Eagle from Shlepp Entertainment, and also members of Leonardo Di Caprio’s team. Now, Leonardo Di Caprio is carrying on the works of Michael Jackson in regard to the earth and humanitarian efforts. They expressed an interest to us of wanting to market that message to a wider diaspora of black people, and knowing the work of Danger Zone and the music they have put out, they invited us to submit a track. They initially just wanted a remix and we chose to make it reggae, so that we could bring our culture along with us. We know reggae is an international language and we know that it was recently inducted as a cultural treasure, a planetary treasure by UNESCO, so with all of that we decided it had to be reggae. Reggae music has a way of reaching people, of transcending geographical and cultural barriers to reach a united goal. We wanted it to be a peaceful kinda music that transcends to all diaspora.”

The song, which was officially released on July 15, tributes the message from Michael Jackson’s Earth Song but takes directly from American rapper Lil Dicky’s Earth. Esco said that although the song doesn’t take directly from Jackson’s iconic track, he believes the late humanitarian would be proud, as Mahdah Urf still manages to relay the underlying message.

“When we were doing the song, we had no idea that it was affiliated with Michael Jackson’s Earth Song. We knew Qadree, but we didn’t really know the extent of his experience or depth in the music industry, so when we did the song we simply thought we were doing a remix of the Lil Dicky song with a little bit more message. But with that said, all the people involved with the track have great respect for the Earth Song that Michael Jackson, did and we hope that he’ll be proud. We think we did a good song, but even more than that, we’re sure that he’d be proud of us artistes using our voices and our platform towards humanitarian causes.”

Esco told The Sunday Gleaner that working on the track gave all the artistes a new-found passion to tackle issues of climate change. “It was a really good experience. Just knowing that Qadree knew Michael Jackson and was a friend of his, and to get respect from somebody like that who was around a great like Michael Jackson, it shows that you’re doing something as an artiste and that this message is a special one. The whole experience was enlightening, humbling and encouraging for myself and the One Squad groupsand I’m sure we all have a zeal now to go out there and spread this message like wildfire,” he said.

“We need to start reversing the effects of our past lifestyle and mistakes. In a few years we won’t be able to reverse these effects so we need to start now. That’s why these moguls, all these Hollywood people, are getting involved. It’s a serious issue. Money has to be spent, concerts have to be happening, Governments have to be allocating money because it (climate change) reach a point where we need to start taking action. One Squad and Danger Zone music is responsible for marketing this message to Jamaica, the rest of the Caribbean, Japan, China, Brazil and Africa, and we hope we can help bring forth the necessary change.”