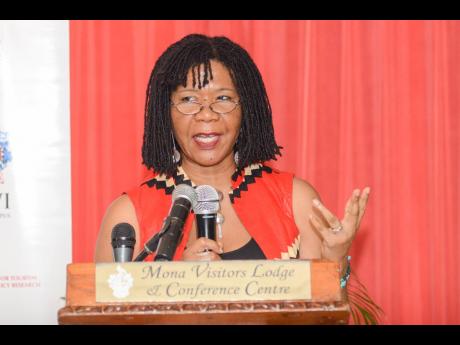 The deadline for applications to the newly added Bachelor of Arts in Music and Performance programme at The University of the West Indies (UWI), Mona, closes next Wednesday, July 31, and the spaces that remain are dwindling, says Dr Sonjah Stanley Niaah, head of the Institute of Caribbean Studies, the faculty under which the programme falls.

“The feedback has been exceptional. Both new and returning students are currently signing up for this degree, and as the first cohort, they will benefit from the newly acquired instruments and equipment to be used in the music studios, for which we received external funding. Those who have an interest in joining this first cohort need to apply now as there are limited spaces available,” Stanley Niaah told The Gleaner.

The three-year programme is designed to expose students to a range of thinking, primarily based on musicological and ethno-musicological concepts, at both introductory and advanced levels, and is competitive with programmes offered by international institutions.

“All those persons who have had to leave Jamaica to study music at the tertiary level can now choose to explore this option at The UWI. The programme is distinct, and music courses explore a range of culturally diverse methods of making, performing, producing, and consuming music,” she said.

She pointed out that a strong feature of the degree involves the recognition of technology as a critical component in many spheres of musical interaction. “Therefore, there is a need for music specialists to be well versed in a variety of software and hardware platforms,” Stanley Niaah explained.

At the tertiary level, UWI’s Faculty of Humanities and Education supports the development of adequate music training and competence in five distinct areas, music performance, music technology, music education, the performing arts, and music research and sound analysis. However, the latest programme is expected to be an intense and amplified curriculum with hands-on training.

“It will include a foundation year for immersion in established concepts (in all outlined areas) and emphasis on hardware and software, in tandem with technological shifts, which have reshaped music production and consumption in the last 10 years, to ensure graduates of the programme are competitive in an international context. In the second year, students will be exposed to a closer examination of musical practice, and the final year of study will see students investing time in a mandatory year-long presentation project.”

Stanley Niaah, her colleagues, and the university’s various administrative committees thought it important for the faculty to include a bachelor’s programme of this calibre, with the recognition that Jamaica’s largest export is arguably music.

She said, “We see this as essential, especially at a time when the cultural and creative industries are now seen as “sexy”, and UWI’s strategic plan commits the institution to being responsive to the development needs of nations with agility,” she continued.

In terms of applicants being from the existing local entertainment industry, it is anticipated that interest will be peak after seeing the accomplishments of the first cohort.

“Already, there are courses at The UWI focused on the development and evolution of music, music icons, their song text, as well as their social and political impact. This new programme will make a strong statement that our institution is invested in promoting academic engagement around our indigenous music alongside the global context in which it exists,” declared the senior lecturer in cultural studies.

She says that Jamaican music and culture remain the most attractive in course content for international students on campus, and it is anticipated that the interests will also extend.

The prerequisites for admission to the programme will follow matriculation guidelines for the Faculty of Humanities and Education; individuals must have one music subject at CSEC or CAPE or an equivalent Associated Board grade five in music theory. Without music qualifications at the CSEC or CAPE levels, the student will be required to pass the mandatory Introduction to Music Theory course during the first semester of study.

“Upon completion of the programme, students will be immediately relevant in the job market and various sectors across a range of jobs, producing sound for media, animation, film production, advertising, among many others,” she concluded.