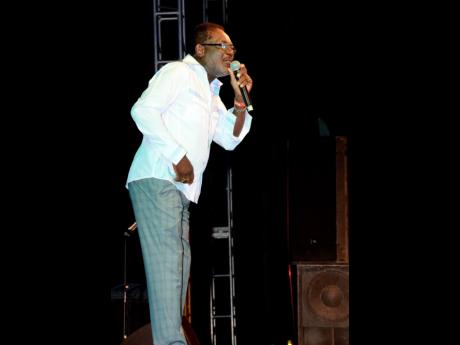 The thanksgiving service for the life of reggae and rocksteady singer Pat Kelly will be held on Saturday, August 17, at the Boulevard Baptist Church, Washington Boulevard, St Andrew, starting at 11 a.m.

His widow, Ingrid ‘Jackie’ Kelly, told The Gleaner that there would be no special requirements such as ‘cheerful colours’ or any other tagline.

“Just come as you are,” she said. “At this point, I don’t have much details, but the important thing is that we have secured a date from the church, and I just wanted to get this information out there so that all who want to attend can plan around it,” she said.

Kelly died on July 16 from complications of kidney disease. He was 74.

One of the rocksteady genre’s front runners, Kelly was also part of the singing group The Techniques. He took Slim Smith’s place alongside Bruce Ruffin and Winston Riley sometime in 1966. The group recorded ­praiseworthy covers of soul music, especially songs from the group The Impressions. The new Techniques line-up debuted with You Don’t Care, a remake of The Impressions’ You’ll Want Me Back, which they later recorded under the correct title, Minstrel & Queen.

Kelly’s biggest-selling Jamaican single of 1969 was How Long Will It Take.

On hearing the news of Kelly’s death, original deejay and ­producer Dennis Alcapone took to social media to pay tribute to his friend “with the beautiful voice”.

He wrote: “The great man Mr Pat Kelly has passed away in Jamaica. He was ill for a while now and went up to the USA for treatment. He recently went back to Jamaica and wasn’t ­feeling well. They took him to the ­hospital, where he died. May his soul forever rest in peace. The man with the beautiful voice has left us. Condolences to his family and friends. Zion awaits.”