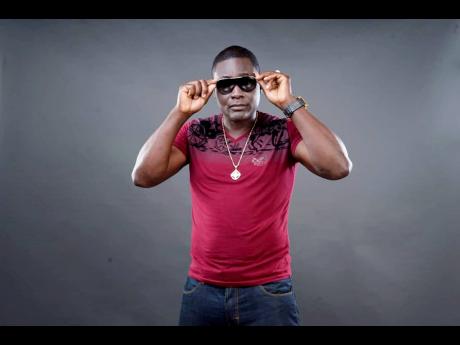 Everton Hardweare, more popularly known in the music sphere as Singing Melody, has been noticeably missing from the entertainment scene. But, in a recent interview with The Gleaner, the reggae and lover’s rock singer revealed that his absence was part of a strategic move to find new ways to approach the business of music. With the Grammys in mind, as he makes his grand return, the singer says he still has a lot he wants to achieve as an artiste and had to do the necessary evaluations to decide what steps to take to get to his goal.

“The music business has changed drastically. How things were done before and how they’re done now are very different, and if you don’t learn the changes as an artiste and make the necessary adjustments, you’re going to end up losing big time. I realised that, and so I decided to do something about it,” he said. “It was a strategic move so that I could pay attention to my surroundings and what’s going on. I have found new ideas, new people are inspiring me. I’m coming out of the regular and I’m trying to connect with different people across the world.”

The artiste, who is now looking to dabble in the Afrobeats genre, said he has learnt quite a bit about the business and has realised that switching things up could be the key to gaining a new audience. “The new album that I will be releasing come September/October will show just how much I’ve grown during the time people say they weren’t hearing from me. It will be titled The Next Chapter and it really sums up where I am in my career right now. It’s a mixture of different things I have never done before, but keeping the roots of Singing Melody. I want to keep the energy real with my fans, but also create new fans,” he said.

He added, “Since Collide, I haven’t released a lot of singles, instead, I have dropped one or two songs here and there to kind of feel out where the market is. I can’t just be putting out songs and recording just to fit in, because if I do that I might end up losing focus.

I am the type of artiste who takes pride in making timeless music. I am not the type who just comes and goes. I want to make songs that stay with people for life.”

Singing Melody told The Gleaner that as part of his reinvention, he has set some goals that one time seemed far-fetched. One such is to be nominated for a Grammy.

The artiste said he has been eyeing the possibility and says the more work he puts into this album, the more that dream seems within his grasp.

“Everything that we do here in Jamaica has Grammy potential. We really produce good quality music. I have been in the business for a while and I just think that I need to take a shot in that direction. Even if we don’t get nominated, it’s always good to dream big. I am putting in the work to get there and so everything will be up and going for this album.

We pushed it (the release date) back because we’ve decided we want to target the Grammys.

We want to get it in during that timeline, so we can do the promotions and all the necessary groundwork to have a shot at that. The songs I’ve been working on, I think we really can get there. A Grammy is not far-fetched.”

In addition to the album, the singer is currently pushing his latest single, Prove It To Me, which will officially be released next month.

Singing Melody says the song gives listeners a taste of what to expect on his upcoming project as it fuses different sounds, namely dancehall and Afrobeat.