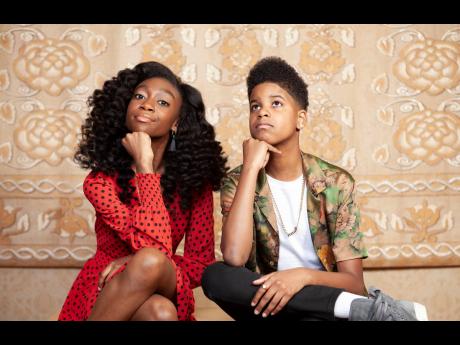 AP
Shahadi Wright Joseph (left) and J.D. McCrary posing for a portrait earlier this month at the Montage Hotel in Beverly Hills, California, to promote their film ‘The Lion King’.

In the past year alone, there have been two live-action Disney remakes, both of which took different approaches to the idea of remaking a beloved animated classic. The first, Dumbo, took elements of the original story and reconfigured them to suit new characters, new storylines and to complement a more grounded visual aesthetic. The second, Aladdin, took the road more travelled and delivered a remake with minimal changes safe for slightly expanding on existing characters and adding a new song.

Much can be said for the first approach being a more experimental attempt and one that earns recognition for trying something new rather than relying on the same old story. Still, at the end of the day, Dumbo struggled to recoup its budget, and Aladdin made over a billion dollars.

It’s no surprise, then, that the latest Disney live-action remake followed in the footsteps of Aladdin, Beauty and the Beast, and The Jungle Book. That last film was directed by Jon Favreau, who returned to the director’s chair for this film. Despite a reverence to the original film, Favreau was able to take small liberties with The Jungle Book – Deviations that propelled the story forward for the better. With The Lion Kin g, that’s not exactly the case. There are moments of deviation that are welcome surprises, particularly an improvisation between Billy Eichner’s Timon and Seth Rogen’s Pumbaa, which definitely stands out in what is essentially a shot-for-shot recreation of the original film.

While that methodology certainly has its benefits, there’s something missing from The Lion King. The film is so close to what you know that certain scenes can’t help but be compared to what you’ve seen before. Too often, the new doesn’t hold a candle to the old. The scenes tend to be awkward with pacing that feels off. It’s almost as if they were designed to get certain lines down without the build-up to get there.

At best, The Lion King is a visually stunning and impressive technical achievement that feels hollow. Bright spots where the film presents something new and stands on its own, keep it from being a waste of your time. There’s also something to be said for how gritty the action is when grounded in live action. Still, it can’t be under expressed that since the story, characters, and music, are all the same as the original, you’re better off watching the 1994 version. Rating: Half Price