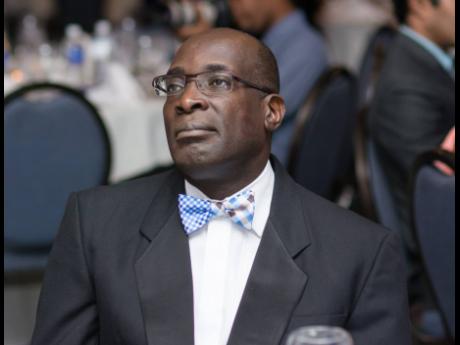 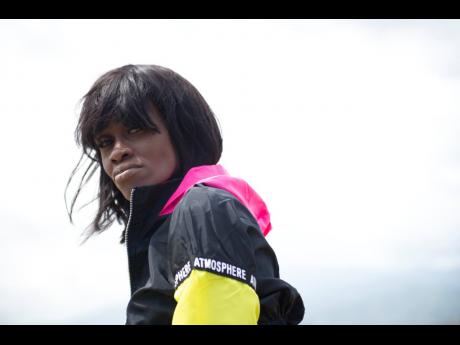 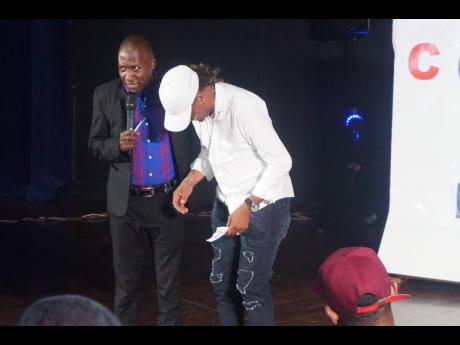 Laughter is medicine, and for the many who flocked the Courtleigh Auditorium on Sunday, the prescription administered by four featured stand-up comedians – Dufton ‘Duffy’ Shepherd, Leighton Smith, Chris ‘Johnny’ Daley, and Lemon – was good.

The New Kingston-based venue saw patrons arriving quite early and gradually filling up to an overflow. And when MC Pretty Boy Floyd took over from the DJ, the anticipation of laughter became a reality.

But without doubt, the best act of the evening was Smith. His deadpan facial expression belied the depth of his satires.

“Minister of Health Tufton has added Wellness to his title. Not to be outdone, the justice minister has added obeah to his.”

Then the teacher and pastor refilled his syringe with mockery on taxi and Coaster drivers, more jokes on the Government, road construction and the police. However, the best was yet to come.

“Laughter is like a standard vehicle,” he said. “You can’t stop it immediately. It has to be geared down.”

He continued: “Every good laughter ends with a ‘woi’.” And followed up with, “There are three types of laughter: slapping, pushing and worried.” The latter, he explained, was when the receiver of the wit runs away, then returns to the spot and laughs.

On his recall to the stage by the MC, Smith gave a poke at the Schools’ Challenge Quiz.

Patron Monica McVoitte, who was attending her first stand-up comedy show, thought the event was good.

“It was different from the usual form of entertainment, such as Sumfest. It added variety to the entertainment,” she told The Gleaner.

Meanwhile, ministers Tufton and Chuck were not the only politicians in the firing line of the jokers. Seasoned comedian Dufton Shepherd poked fun at the former minister of education, Ruel Reid. With very distinct gestures and actions, he also made light of the National Water Commission lock-off policies, then carried the adults on a humour-filled memory lane, through his childhood escapades.

As for ‘Johnny’ Daley, he produced a good set with Candy – known for her wows – as the subject, and expressed ‘displeasure’ that stand-up comedians were not featured on local entertainment shows.

“You have to be bright to be a stand-up comedian. It is a special profession. Social media is not comedy,” he said.