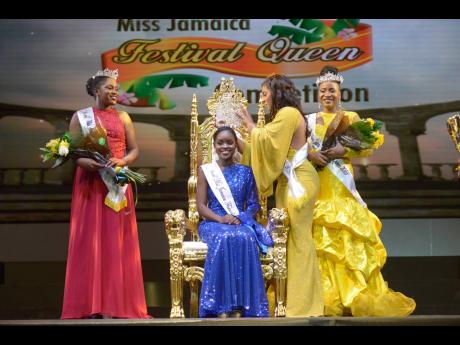 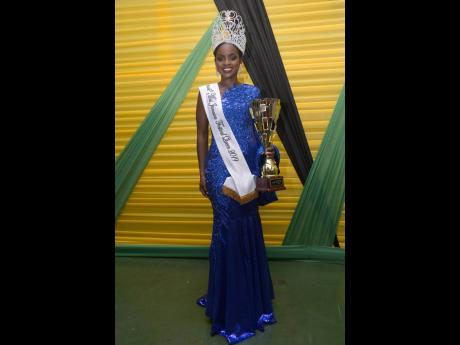 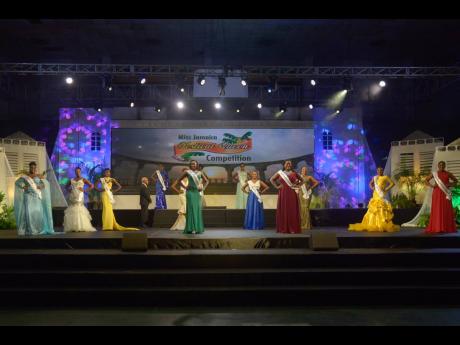 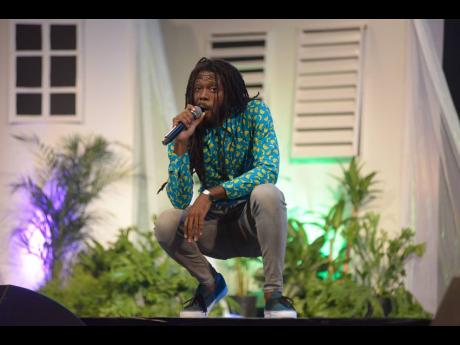 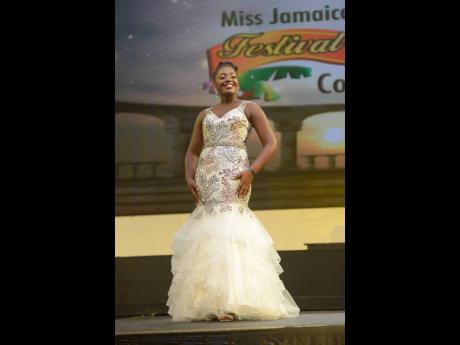 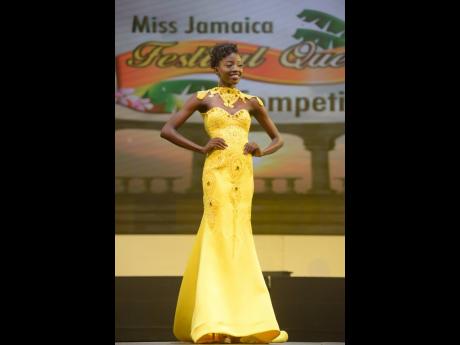 In the highly competitive grand coronation show organised by the Jamaica Cultural Development Corporation (JCDC), held at the National Arena, St Andrew, many turned out to witness the making of another chapter in the National Festival Queen history book.

It began with a beautiful Patrick Earle and Robertha Daley choreography. “We were focusing on the elegance of the black woman. So, the opening piece was poses and shapes. And the image of the sunrise on the backdrop shows the ladies are rising from strength to strength,” Earle told The Gleaner.The choreography then went into a Kumina abstract, which was a celebration of our foundation. “Kumina is one of the purest African retentions,” Earle added.

The 13 contestants, who are all queens in their own right, were joined by dancers from Portmore Missionary Church. After a sojourn they returned for the talent performances, which showcased creative, entertaining and current pieces, aided by spectacular backdrops.

Shortly after, emcees Dahlia Harris and Katrina Grant-D’Aguilar announced the winners of the sectional prizes. Miss Hanover, Renise Johnson, with her piece, Obeah Man, was awarded the prize for Best Performance. Other recipients of sectional prizes were Miss St Ann, Chantalle Bryan, for Most Congenial; Miss St Thomas, Dru-Lissa Grant, for Most Poise; Miss Clarendon, Alecia Byfield for Most Popular on Social Media; and Annakay Hudson, Miss Kingston and St Andrew, for Most Active in Community and Most Culturally Aware.

With Grant as the only sectional prize winner joining her in the top five, Hudson, who seemed on course to take the title, faltered in answering her question. But she sees it otherwise.

“I don’t think I went wrong any at all. I think I did my best and only my best is good enough. And my mantra is if you want something that you never had you must do something that you have never done. And this afternoon I have a crown on my head, and I am very grateful.”

Wright, understandably, was very surprised on winning the crown. She acknowledged that her fellow contestants all went out there and did their absolute best.

“I think I did right in the prejudging. In the interview I felt that I was myself. I thought about the question and I answered them from a real-life perspective, so I feel that’s where I stood out. I am proud to bring home the crown to St Catherine, as it has been 29 years.”

Among her plans as Festival Queen is to collaborate with Miss Manchester. “We will be collaborating farming with my sous chef skills, to do something meaningful for Jamaica.”

The glamorous affair saw the queens parading in gowns and serenaded by Raheim Betty. Guest performer was the hyper-energetic D’ Burnz.