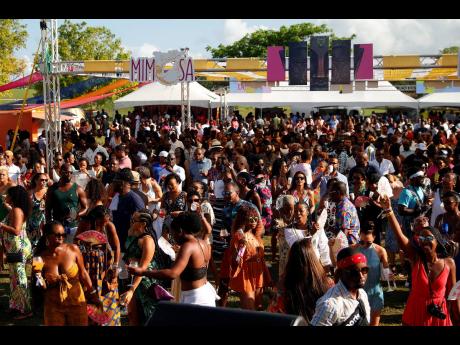 Stephanie Lyew
A section of the crowd that was present at Mimosa 'Elysium' Breakfast Party held at the Waterford Plains in St Michael, Barbados. 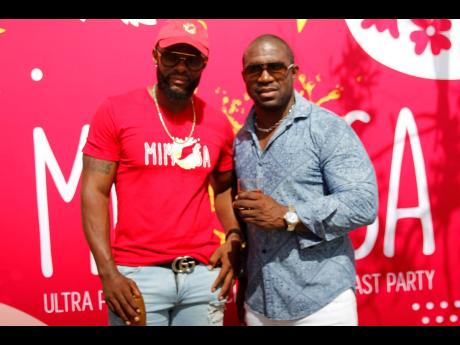 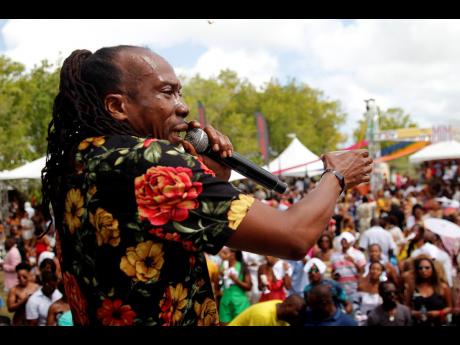 Stephanie Lyew
Soca entertainer, Lil Rick is caught in the middle of a heated soca set during the Mimosa Breakfast Party last Friday, August 2 held at the Waterford Plains in St Michael, Barbados. 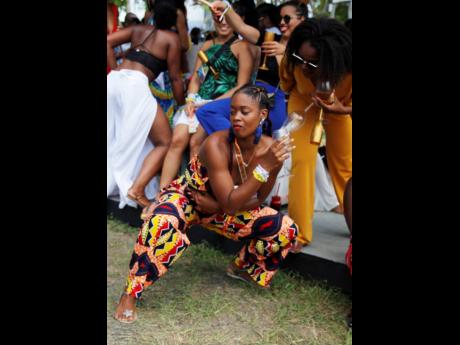 Stephanie Lyew
Like the tagline says for the Mimosa Breakfast Party, Leslie Jarnac was in a state of great happiness dancing to soca music, that she was deaf to everything else. 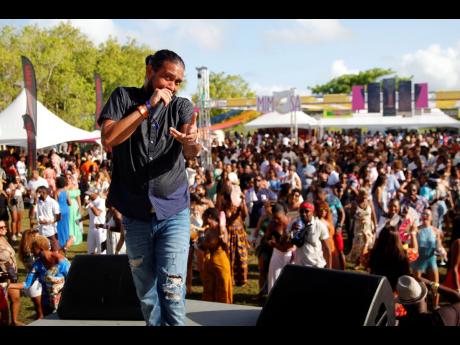 Stephanie Lyew
Trinidadian media personality and disc jockey Patrick the Hypeman in his element on stage at the Crop Over breakfast party Mimosa ‘Elysium’. 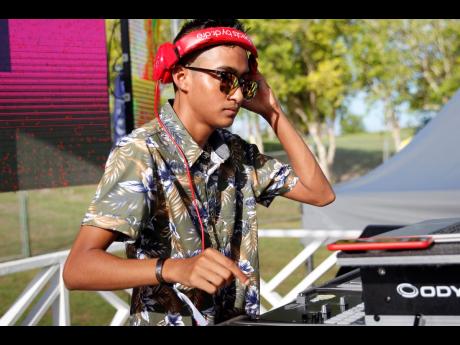 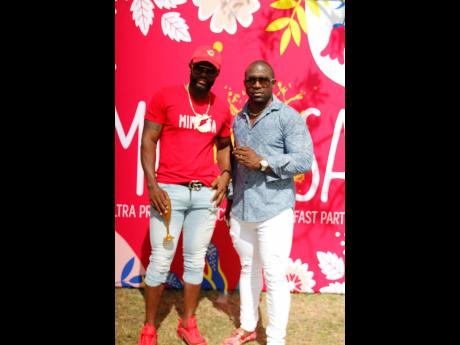 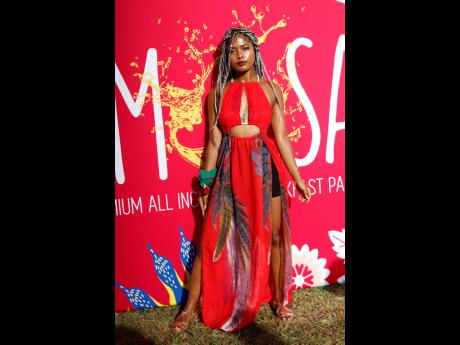 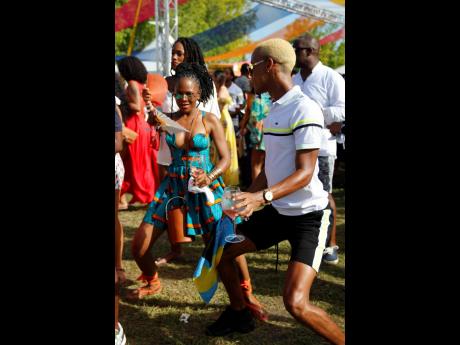 Bridgetown, BARBADOS: For many partygoers, the idea of waking up in the early hours of the morning to attend a fête may be a test of both physical and mental endurance. However, with the emergence of breakfast parties, especially during the carnival season in Caribbean islands like Barbados, it is becoming a lot easier for soca-seekers to climb out of bed, put on their best morning wear, and make it on time to get a taste of the smorgasbord that the promoters and sponsors have on offer.

For Tibu Johnson and Russell Grant, directors of the Mimosa Breakfast Party held in St Michael, Barbados, an event identified as one of the breakfast-and-brunch-themed events in the Caribbean, there was always a need to rework the concept for the growing market.

Grant, who is also the brand manager of Hennessy Barbados, a sponsor of the breakfast party, says the economic changes have played a part in the execution of Mimosa.

“Efforts have been made each year to enhance the experience of the fête, from improving the beverage and food offerings, so that even if there is a rise in the cost of the admission, it still means value for money.”

This marks the fourth staging of Mimosa within the Crop Over season, and Grant noted that with the challenges faced in previous years, they have had to go out and purchase needed infrastructure.

He says the distinct difference in cost of an event execution in Jamaica and other Caribbean islands like St Lucia has been a pull factor for him and his partners, and there are plans on the horizon to host the morning fête in Jamaica to facilitate the large Caribbean market seeking to get a feel of what the fête is like.

“Ironically, since we visited Jamaica two years ago, we have had our sights set on doing an event there because it is financially viable, and it is a lot cheaper to execute one there than in Barbados,” Grant shared.

The party season in Barbados is seasonal, primarily in the summer and winter (Christmas period), adds Johnson, noting also that “the cooler fête is the trend in Barbados, and based on our target market, we have to work a lot harder in making preparations for our annual event. Since we anticipate staging the event during Jamaica’s carnival season, we definitely have to make strategic alliances to attract the right audience, and I know if we put on the same quality product we do here [in Barbados], partygoers will be willing to pay top dollar to be a part of it.”

And that is exactly what many did to attend the Mimosa Breakfast Party last Friday. An event that costs 270 Bajan dollars (US$135), increased from an estimated 300 at its first staging in 2016 to 1,500 patrons to this year. Last year, the promoters represented for the region with the theme ‘Colours of the Caribbean’ but agreed, this time around, that ‘Elysium’, meaning a state of great of happiness, was the most suitable for the atmosphere that was created.

Sponsors like alcohol brands Hennessy, Dewar’s, Baileys, Grey Goose, Piper-Heidsieck Champagne, and Heineken kept the happy juice flowing in harmony with the music that was pumped on stage. Popular soca artistes Hypasounds and Lil Rick also added to the entertainment with brief, yet unforgettable, performances of songs from their catalogues.