Jammin’ before the dawn with a Foreday Band 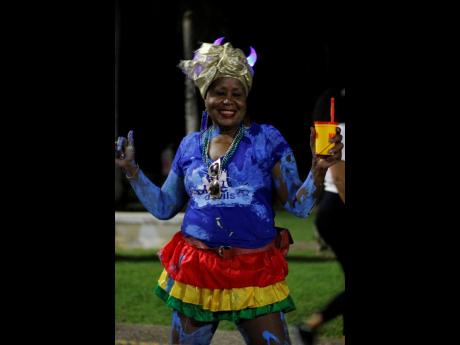 Stephanie Lyew
Marilyn Rice-Bowen, president of the Barbados Association of Retired Persons (BARP) says the Jambalasse band is the best choice for persons of her age group. There is no retiring from the culture it offers and she shows this by always dressing in costume representing the group known as Blue Devils. 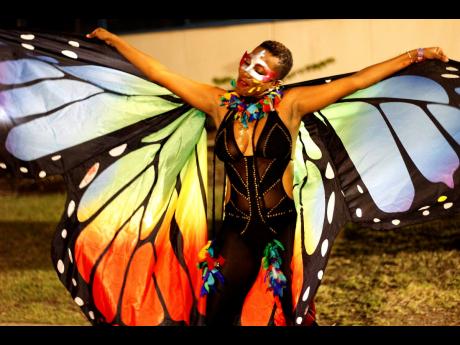 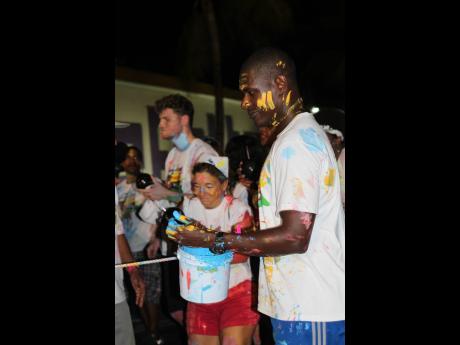 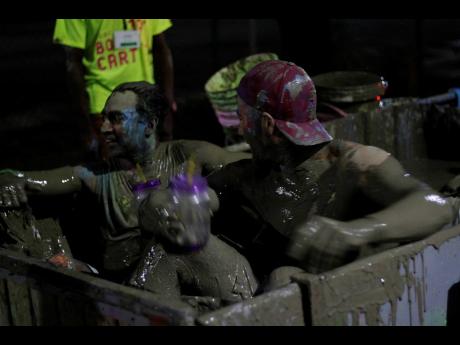 Stephanie Lyew
These revellers are seen swimming in a mud cart during the foreday morning celebrations in Spring Garden, Barbados last Saturday, August 3. 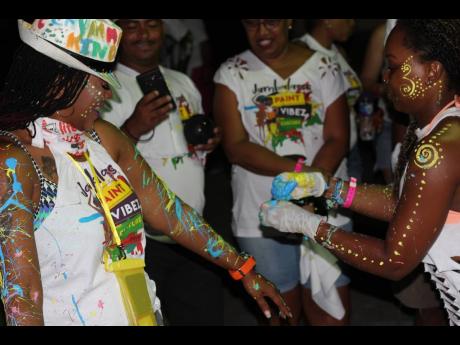 Stephanie Lyew
The best way to fool anyone on the road on foreday morning is to get painted before all the paint-throwing begins. 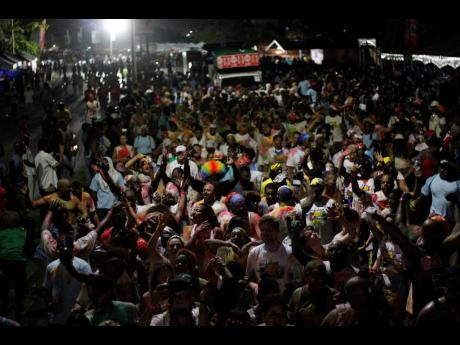 Stephanie Lyew
A section of revelers from the Jambalasse Foreday Morning band march. 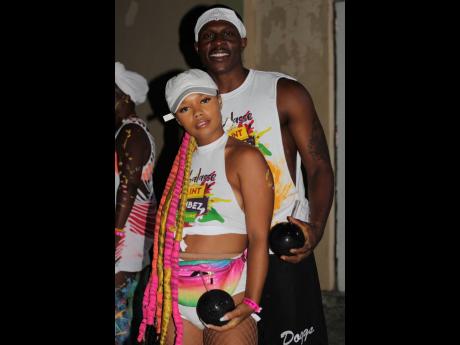 Stephanie Lyew
With a ball of the beverage mix offered by Jambalasse in hand Skylar Kearny from Georgia and Temi Ibisanmi from Nigeria were ready to join the Jambalasse Foreday Morning revelry. 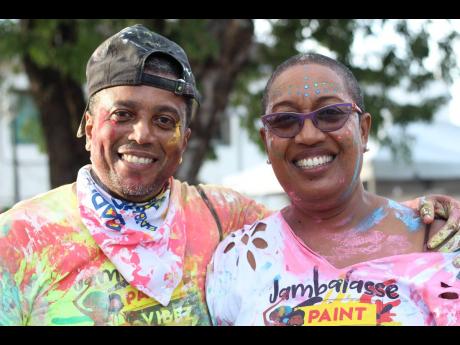 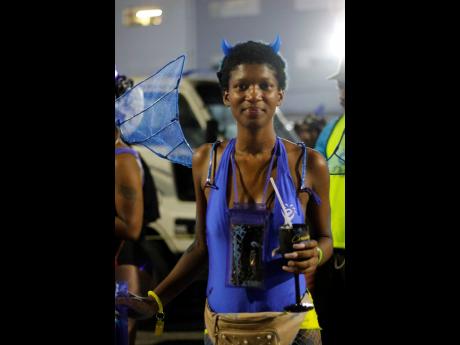 Stephanie Lyew
Itana Seaton, a member of the Blue Devils, awaits the moment to fly into a high gear, at the Foreday March last Saturday morning.
1
2
3
4
5
6
7
8
9

The euphoric and literally breathtaking experience of playing mas before the dawn can be found at any J’Ouvert, or as they call it in Barbados, Foreday Morning March. If you are not a fan of marching in the mid-afternoon sun, which is almost inescapable on Grand Kadooment Day, which is today, then joining the Jambalasse band, ultimately, would have been the best option for a road march experience during the island’s Crop Over period.

It is one of approximately 20 bands which hosted a similar event, a celebration of colours through the act of throwing paint (some using mud), but with a little more authentic Crop Over culture embedded, explained Christian Paul of Epic Experience, which acquired the 18-year-old foreday brand two years ago.

“When the opportunity to purchase the band presented itself, we quickly jumped at it, and for our first time hosting it last year it was a time of learning,” Paul told The Gleaner.

The reason for purchasing the band, he added, “was because our ‘blocko style’ party, held earlier in the Crop Over season, is usually supported by the same demographic, and we thought it best to take on the challenge of creating that same quality of traditional foreday morning for our audience.”

Based on the packages sold leading up to the event, 360 revellers were with the Jambalasse band, 40 more than in 2018. And some persons actually purchased packages last minute, right before the band exited the starting point, the Barbados Port Authority Sports Club parking lot at 1 a.m., and during the march down Harbour Road into Spring Garden.

The marchers comprise corporate people, professionals in politics and business, and those who want to be able to hold on to the original concept of the event – which is marching through the streets to the tune of calypso and soca –, while getting splashed with paint.

This was not only reflected in the J’Ouvert revellers, but also the bystanders who camped out on the streets of Spring Garden to get a glimpse and, better yet, a piece of the action, as some made efforts to jump into the festivities. However, with the strict security offered by Jambalasse, very few were successful in getting beyond the ropes, but several got to ‘wuk up’ with a few revellers, who exited the designated march to engage with the spectators. Some welcomed the paint, which was also being fired from water guns by several revellers.

Paul, who played with the band for 15 years prior to the purchase, says the team intimately understood what Jambalasse stood for, and, most importantly, wanted to offer that same attention he received as a member of the marching posse.

“It is a lot of corporate persons, so it is important they feel secure in the band. Two things are important to this band outside of the authenticity – organisation and security – and we make sure the ratio of security to revellers is very tight, one security guard to 10 revellers,” he said. “Also, in previous years, there was a concern of safety in the Spring Garden area, so while we have hired state-of-the-art security, some persons have chosen to do private (not on the road) foreday marches.”

The march ended at the West Indies Rum Car Park by the beach, dubbed ‘hot pot’ because the water is particularly warm,, which many revellers saw as a moment to dive in and wash off the foreday paint and sweat after grabbing a quick breakfast plate of Bajan delights.