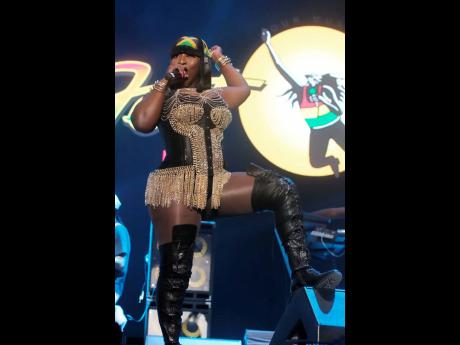 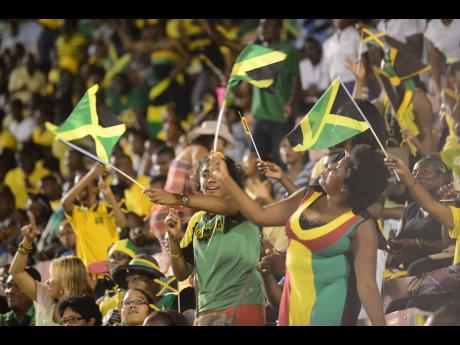 When Spice was born at the Spanish Town Hospital in St Catherine, Jamaica was celebrating its 20th birthday as an independent nation. Now a grown woman and a leading entertainer, Spice, whose given name is Grace Hamilton, is today basking in the celebratory atmosphere of her personal holiday, even as Independence festivities unfold across the island.

As she celebrates her birthday today, Spice does not mind sharing the attention with Independence Day, and, in fact, will partake in a cultural ritual of her own.

“Mi love ackee and chicken back, so I’m going to be home, cooking that today,” Spice told The Gleaner.

“My plans for today are to just be me and enjoy myself since I’m always on the road travelling. I find that throughout the year, I’m always either pleasing the fans or the kids, doing family life, today is just all about me. All of my friends are calling me trying to find out what I want to do since throughout the year, it’s all about what everybody else is doing, but what I like to do is stay home and relax. So I’ll be home, celebrating Independence and just celebrating me and my life.”

Heart is at home

Though her heart is at home for now, she said that she may head to the Independence Grand Gala at the National Stadium in Kingston, which will culminate the island’s 57th Emancipation and Independence celebrations.

Reflecting on Jamaica at 57, Spice said the country has made tremendous strides.

“I think we still have room for improvement although we have grown tremendously,” she started.

“I drive on the road and see that roads are fixing and more is being done, but people are still complaining about lots of other stuff.

At 57, even though I think we are doing better than 20 years ago, we still have a long way to go and more room for improvement.”

Dubbed the queen of the stage, Spice has never hidden her patriotism. Her recent performance at Reggae Sumfest in St James included a bob wig flaunting the Jamaican flag, and she makes no apologies about her creole-filled appearance on the Love & Hip Hop Atlanta reality show.

With aspirations of earning a Grammy and venturing into the film industry, Spice also sees advancement in her own life and declared that this next chapter would yield the blessings of her time in the entertainment industry.

“I’m taking this chapter as the landmark for everything I’ve been doing in the past years, the stamp and feel of approval,” she said. “There are some things I want to do and I am not there yet, so in this next chapter, I want to complete what I have started.”