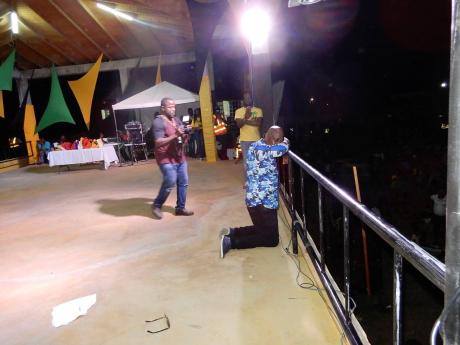 Cecelia Campbell-Livingston
George Nooks seems to pray while on the srage at Denbigh on Tuesday night. 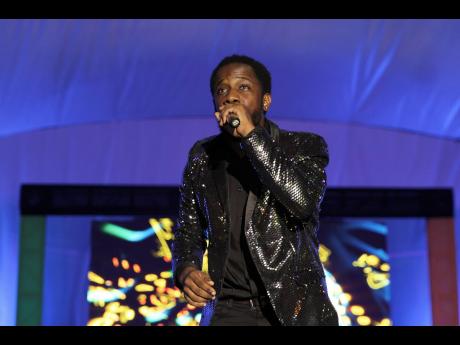 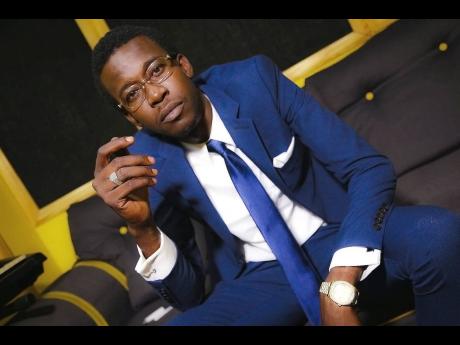 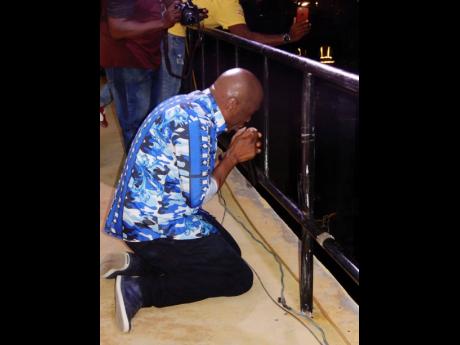 The 67th staging of the Denbigh Agricultural, Industrial and Food Show in Clarendon came to a climax on Independence night with some exciting stage performances, the highlight of which was a heart-rending performance from singer George Nooks.

Going through some favourites such as Stick By Me, Hero and others, he subsequently changed the pace with gospel.

Things got personal when he started singing I Must Tell Jesus. The singer got down on his knees, faced the crowd, and then, as he sang, “I cannot bear these burdens alone,” he flung off the shades, tossed his rag aside, bent and shook his head from side to side, seemingly in an effort to control his emotions. The crowd reacted by shouting, “Lord, help him Jesus!”

Composure restored, George Nooks finished his set with other gospel favourites such as Ride Out Your Storm and a soul stirring medley of popular choruses. In an interview with The Gleaner after the performance, Nooks said he had no explanation for what had taken place on stage, but revealed that he has been experiencing “some things”.

He continued, “On my way driving down, I was singing gospel songs and that was perhaps just a spillover. When I started singing something came over me. It wasn’t planned, I was just obeying the forces.”

Former Digicel Rising Stars winner Short Boss followed, and managing to hold a good vibe with the crowd. Anthony Cruz gave the Denbigh crowd a thrill, but it was Chi Ching Ching who got the feet moving. When he took the stage, they knew it was dancing time!

Roast Or Fry Breadfruit and Rope, you name it, the crowd was ready for it. And it was even more of a thrill when he invited the Clarendon dancers to join his crew on stage.

That performance could only be matched by the closing act for the night, Wayne Marshall, who started the ball rolling with some of his earlier songs with Vybz Kartel.

He also used the opportunity to inform on the latest addition to his family, another son, which makes it four boys for the singer.

When he drew for his super popular single, Lord I Pray, he needn’t have sung the words as the crowd knew it only too well and were eager participants.

Earlier in the evening, four-time Festival Song Competition winner, Roy Rayon, brought a nostalgic feel to the crowd with his delivery, after which, the Digicel Rising Stars contestants gave the Denbigh audience a taste of their talent.