Wow! What a Grand Gala 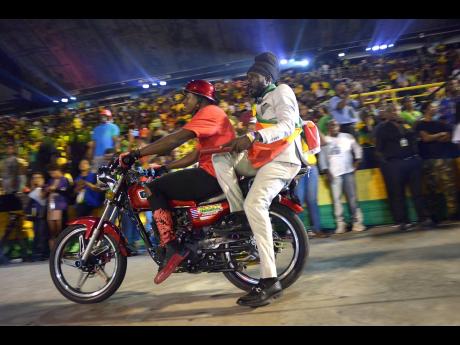 Shorn Hector
Sizzla Kalonji leaves on a motorbike after receiving a citation from the Jamaican Government for his contributions to reggae music. 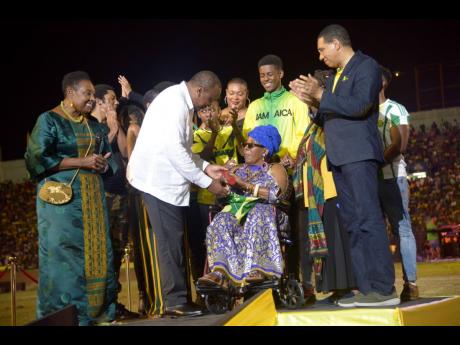 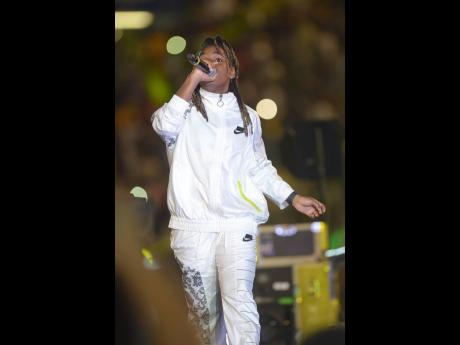 In front of a capacity crowd clad in black, green, and gold, the celebrations of Jamaica’s 57th anniversary of Independence unfolded on Tuesday evening at the National Stadium, with what can best be described using the term which has taken on a sweetness of its own – a wow.

The performances from the numerous, costumed groups, including the JDF and JCF bands, the St John’s Cadet Unit, the Combined Children’s Choir, the Boys and Girls Brigade, the Maypole Group, L’Acadco, Ashé, and a host of other dancers were as energetic as they were entertaining and colourful, as many paid tribute on Jamaica’s Independence Day. However, it was perhaps the centrepiece of the event, the honouring of Rita Marley and Sizzla, that took it to the next level.

Many were wondering if Rita Marley would be present, and they showed their unreserved appreciation when the Marley family matriarch showed up to receive her award in person.

Looking regal, as always, she smiled and waved at the crowd, as her minders moved out of the way, so that all eyes could see the woman whose contribution to reggae music has been immeasurable. The President of Kenya Uhuru Kenyatta accompanied Prime Minister Holness and Olivia Grange to the podium where Marley was honoured. Quite appropriately, Judy Mowatt, a member of the I-Threes, the group which accompanied Rita Marley’s husband, Bob, on tour, paid tribute in song. Thank You Lord, Black Woman and One Love were among the songs chosen to serenade Marley.

The other honouree, Miguel Collins, better known as Sizzla Kalonji, or simply ‘Dada’, made his presence seen and heard. Sizzla made his grand entrance into the Grand Gala as part of a bike motorcade, which looked as if he was accompanied by every male living at Judgement Yard. The stadium erupted as bikes of every description made their way around the cycle track, and the excitement level went up another notch, if possible, when Sizzla dismounted from the pillion of one of the bikes.

“This is definitely a wow factor,” Denise Miller of Roots FM said, as Dada, dressed in a cream-coloured suit, with a Rastafraian flag half-draped around him, purposefully made his way to the podium, where the dignitaries awaited his arrival. To the prime minister’s declaration that Jamaica was grateful to him for his contribution to the music industry, Kalonji stated that he was “most honoured, grateful and thankful to the noble people and Government in this island in the Western Hemisphere for this honour.”

The noble people inside the stadium cheered wildly.

Sizzla then moved towards the stage where he gave a short performance, but it was long enough to demonstrate exactly why he was chosen for this honour. Dry Cry, Just One of Those Days and Black Woman and Child were among the hits which he delivered, after which he exited, just as he came in, as the pillion on a motorcycle.

Grand Gala favourite and perennial show closer, Beenie Man, followed, but after a brief performance, he exited and made way for the girl of the moment, Koffee, who was glowing, energetic and full of vibes. Earlier in the evening, the artiste who used to “saw up the dancehall”, Minister Marion Hall, had excited the crowd with gospel selections, and so too Kukudoo. The spectacular fireworks which lit up the night sky was the perfect curtain-closer for the Jamaica Cultural Development Commission’s 2019 staging of Jamiaca’s Grand Gala.