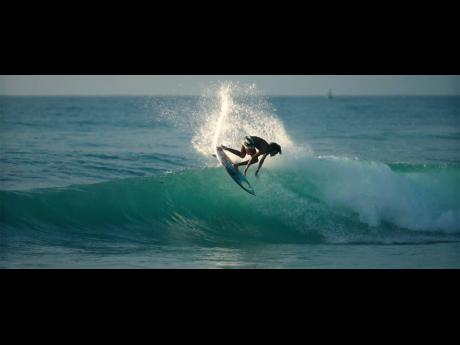 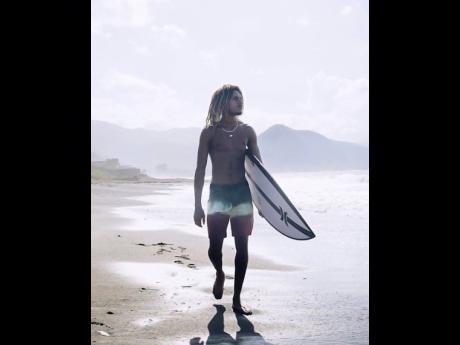 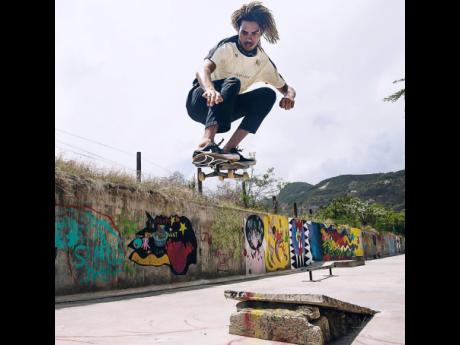 Internationally renowned surfer and skateboarder, Elishama “Shama” Beckford, having signed a deal with Hurley in 2018, has teamed up with the sports clothing giant to release a fashion line. It was unveiled on Thursday, July 25, at a pop-up shop inside Los Angeles streetwear outlet, Undefeated.

The line is called the ‘Jamaica Collection’, and according to Hurley, “Inspired by the art of Jamaican dance hall posters, this collection features an amazing array of colours celebrating one of surfing’s most beautiful communities.”

All proceeds from the pop up went towards the Bull Bay Surfing Scholarship Fund.

On July 18, Hurley had the première of Shama – “a new documentary about Elishama Beckford, and one of surfing’s most beautiful communities.” Although Shama is now busy performing his brand ambassador role across the globe, alongside his manager, Kertia Marley, he paused long enough to answer The Gleaner’s 5 Questions.....

1. Did you have any creative control with Hurley’s Jamaica Collection?

Yes I did. The line had always been a topic of discussion between myself and the team at Hurley. Being able to have a whole collection influenced by your likeness and culture is an extraordinary accomplishment and we saw it as a great opportunity to introduce the Jamaican energy and surf culture on an international level. We drew inspiration from various aspects of the culture, using symbolism, colours, as well as sayings from the Jamaican patois dialect.

2. Is it a capsule or will the collection be updated in the future?

It is a capsule collection, but hope to deliver a signature piece between myself and Hurley in the future.

3. Was it your suggestion to feature ‘Skate Gully’ and Keida in the documentary?

The skate gully has become a historical part of Jamaican skateboarding culture as it is the first and only skate park built on the island by local skateboarders from the group called “SK876” which was founded by myself, Ivah Wilmot and Giovanni Malcom. The gully represents hard work and dedication and is a place for young people to feel free to express themselves through skateboarding and also visual arts. And, with music having such a big influence on the creative process of the line, having Keida be a part of the film was a given! She has always supported me in my endeavours, playing her role as my older sister. She would always put me on to really good music, music that to this day inspires my approach to my musical ventures.

4. In the documentary, you said music helps surfing. How musical are you?

I’ve been writing and recording music since I was 15. I have always been intrigued with doing freestyle rapping as well. Riding a wave is very similar in terms of being in the moment and being one with what the ocean is doing. As far as music goes for me, it’s just another avenue for self expression and a new challenge to take on.

5. Landing a deal with Hurley is big. How do you plan to bring the brand home?

We are bringing the “Hurley Surf Club” to the island. The surf club provides hands on coaching, and through video review, professional athletes will review the performance of each individual and give feedback and advice that will play an intricate role in the development of these young and upcoming athletes. Hurley Surf Club will be in Bull Bay August 10.

Do you have any competitions any time soon?

The Jamaica surfing team is currently in training for the two upcoming World Surfing Games 2019 and 2020, which will give Jamaica a chance of Olympic qualification. In between those major events, the team will be competing in professional competition within the region, such as The Corona Pro in Puerto Rico this October and the Barbados Independence Pro in November.