Lil Rick bridges the gap between soca and dancehall 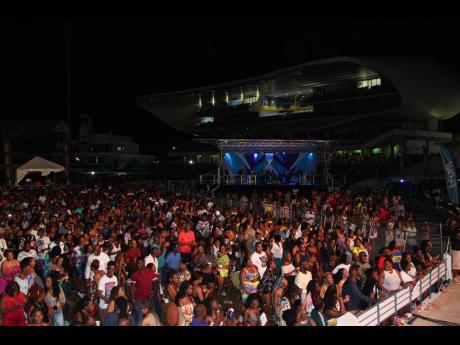 Stephanie Lyew
A section of the crowd at the Kensington Hotel for the ‘Dis Is Rick’ event last Saturday night, August 3. 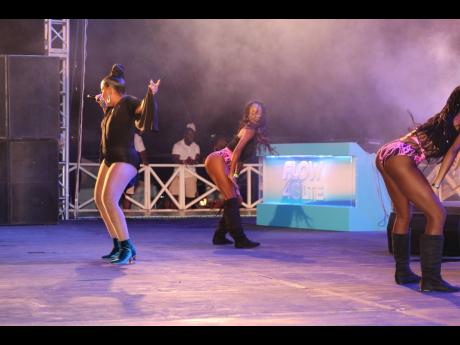 Stephanie Lyew
Soca artiste Shanta Prince had the ladies wining at Dis Is Rick concert in the recent Barbados Crop Over season. 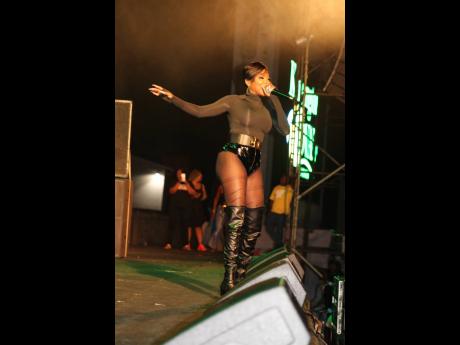 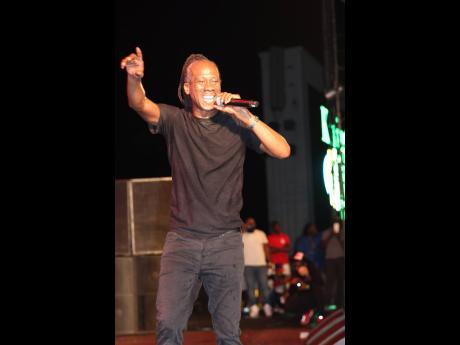 Stephanie Lyew
Not even the rain could stop Lil Rick from shining at his concert last Saturday inside the Kensington Oval, Barbados.
1
2
3
4

The Crop Over season in Barbados was one of the busiest periods for six-time Soca Monarch winner Rickey ‘Lil Rick’ Reid, best known for his enviable ‘wuk up’ energy, earning himself the infamous moniker ‘Hypadawg’.

It has been 20 years since Lil Rick exploded on to the Barbados soca scene with Bumper Inspector and Hard Wine, two singles which revolutionised the genre, but he is revelling in over 25 years in the music industry, having originally launched his career as a reggae artiste.

“Jamaica – its culture of music and the artistes – influenced my reggae career. As a youngster, me did love the sound of its music. When I started to blend soca and reggae, it was small,” Lil Rick told The Gleaner.

The entertainer said he never imagined that he would divert to performing soca and entering competitions and winning titles. On the platforms for International Bashment Soca and the main Soca Monarch competitions, Lil Rick, who has produced hit after hit, has a shelf of trophies. He has been given titles from the last decade of Barbados’ Crop Over Festival, although this year, he did take top honours.

Lil Rick’s son, who goes by the name ‘Undadawg’, has followed in his footsteps and for the International Bashment Soca competition, both took second and third with their songs Balance B@##y and Ben Ova, respectively. The two were defeated by a tie between King Bubba, with his entry She Always Bend Over, and SK’s Reverse and in defending his Soca Monarch title, Lil Rick’s Jam Down was conquered by decade-old Michael ‘Mikey’ Mercer who brought the action with his single, Action Time Again.

Still owning the title of pioneer of bashment soca, the Barbados equivalent of Trinidad’s power soca, Lil’ Rick’s style of delivery still bears similarities with another one of Jamaica’s genres, dancehall.

“I am always looking for something to move the crowd and even with this year’s Soca Monarch for my track Jam Down, there was some influence from other islands; the rhythm is from Dominica, I always like the sound of their beats, even though the title Jam Down is inspired somewhat by Jamaica,” he shared.

Lil Rick expressed an interest in collaborating more with Jamaican dancehall deejays. For Crop Over this year, Mr Lexx is featured on Big B@##y Gal, one of the tracks that trended in Barbados for the recently concluded season.

“A lot of the artistes not into the soca boy (many into crossing over), so I would still have to see who is interested in it, and with the Jamaica Carnival getting heavy, there is space for more collaboration,” he said. “I would love to do a song with Shenseea because she seems to understand it and, together, could do a bad wining girl’s tune.”

The bashment soca artiste was booked for most of the favoured events and he also hosted the largest show before the grand finale, the Dis Is Rick concert, where calypso and soca dominate. For its seventh staging, last Saturday, it was held at the island’s oldest cricket grounds, the Kensington Oval, moving from a car park space closer to the town.

Dis Is Rick featured artistes such as Krosfyah band’s lead singer Edwin ‘The General’ Yearwood, proclaimed the Bajan Soca King; the Queen of Soca, London-born Bajan Alison Hinds, and Trinidad’s first lady of soca, Patrice Roberts, among other rising Bajan soca stars such as Lead Pipe and Shanta Prince. It must be noted that the ladies dominated the stage with their sound and choreographies next to Lil Rick, who explains, “It has been lacking; the females have been suffering. In every island, to every one female there, are three males – so many males – maybe they singing the soca too sweet and the people want aggressive or vibesy and more upbeat. Most of them have an R&B flavour; not the sound that people get on bad to and DJs can juggle.”

The soca veteran concluded the interview expressing that the Crop Over season made him feel proud to celebrate almost a quarter-­century in the business.

“It is all about music and should always be about the music; anywhere it takes me I will go, from ­working with the youngsters to creating a new ­talent along the way,” he said.