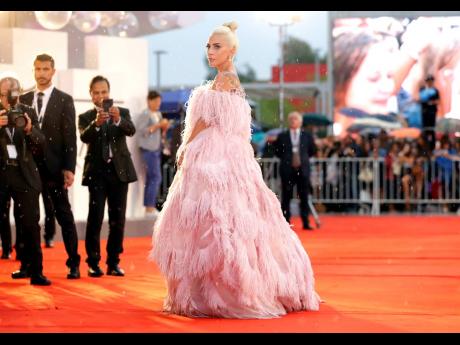 Lady Gaga has been accused of stealing Shallow from another songwriter.

The 33-year-old star – who co-wrote the song from her movie, A Star is Born, with Mark Ronson, Anthony Rossomando and Andrew Wyatt – has been threatened with legal action from Steve Ronsen, who claimed she used a three-chord progression from his 2012 track, Almost, as the basis for the tune.

According to the New York Post newspaper’s Page Six column, Ronsen is demanding “millions of dollars” in settlement over the use of G, A, B in the chorus to Shallow.

However, Gaga’s lawyer, Orin Snyder, has branded the claim from the songwriter – whose song has clocked up less than 1,000 streams on Soundcloud in five years – “shameful and wrong”.

He said: “Mr Ronsen and his lawyer are trying to make easy money off the back of a successful artiste. It is shameful and wrong.

“I applaud Lady Gaga for having the courage and integrity to stand up on behalf of successful artistes who find themselves on the receiving end of such [claims].”

And he vowed the Born This Way hitmaker will fight any legal battle “vigorously”.

He added: “Should [Ronsen’s lawyer] Mr Shirian proceed with this case, Lady Gaga will fight it vigorously and will prevail.”

The Almost singer’s legal team claimed they wanted to resolve the matter “amicably” but had not yet received reports they had requested.

His lawyer, Mark D. Shirian, said in a statement: “In an effort to amicably resolve this matter months ago, my office provided Lady Gaga’s legal team, at their request, with an official report from a renowned and respected musicologist and professor who determined that there are significant tempo, melodic, rhythmic and harmonic similarities between the two ‘hooks’ of the songs at issue. Lady Gaga’s team has yet to provide my office with an opposing musicologist report, which we have requested multiple times.”