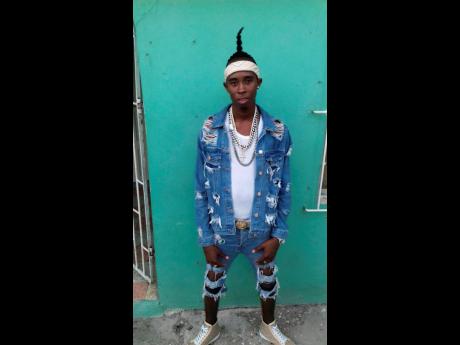 Raised in the musically rich environment of Park Lane, Red Hills, St Andrew, reggae singer Quality saw it fit to include his roots and other historical musical sites in his debut music video for the single Stronger.

Released on Emancipation Day, the video captures scenes from his community, home to entertainers Sanchez, Flourgon, Red Dragon and Daddy Lizard. He also took to Kingston’s ‘Beat Street’ (Orange Street), from which originated some of reggae’s finest, including Dennis Brown, Prince Buster, and Augustus Pablo.

“I wanted to really be involved in the ­creative process, so I chose those places because they have a musical history about it and all the legends have passed through there,” Quality told The Gleaner. “Red Hills Road is where I come from, so it wouldn’t look good if I did my first video somewhere else, so I had to do some scenes there. When we went to Orange Street, we captured Rockers International and a scene with photos of some of the legends in the background, and that gives the video a nice little look. Who knows, maybe by using these locations, it will make the video blow up.”

He said that the song, produced by Sekimhaj Records, is already gaining traction in the streets and online because of its message of resilience. He hopes that the video will amplify this response.

“I expect to see the song gain some more power and blast all over the world to let ­people know Quality is here and ready to teach people that no matter how hard it gets, there is hope and you’re getting stronger,” he said. “The comments have been positive, and now I’m just promoting it more, so I expect only good and great things to happen from here on out.”

Quality, whose real name is Shakir Campbell, first explored his interest in music while in first form at Pembroke Hall High School. After obtaining certification in electrical skills at the HEART Trust/NTA, he launched his music career last year with his debut release Giving Thanks. The rootsy, conscious number, which was produced by Michael Reynolds, embodies his positive style. She shared: “I like cultural, reggae type of music, but sometimes I do a little dancehall. But the music is still clean.”

His other releases include Road Crusher, Golden Touch, and Stronger.

Although he is still new to the game, Quality is pleased with the feedback to his music.

“Everybody saying I have a nice voice and good music, and they say I should just keep focused and aim higher. Every young artiste may face a little challenge, but the views of my songs on YouTube motivate me ‘cause it climbs each day,” he said.

He plans to promote himself for the rest of the year, and he also has aspirations of becoming the island’s next star.

“I wanna be the next number-one singer in Jamaica and even over the world. Me a gwaan continue this music thing ‘cause I’d like to achieve as much as I can,” he said.