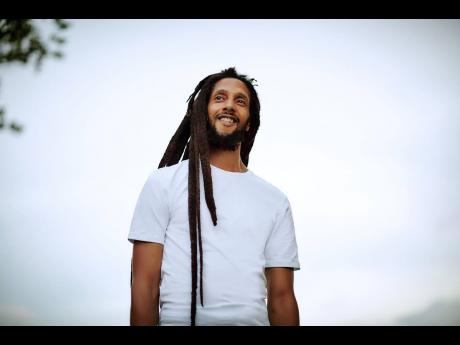 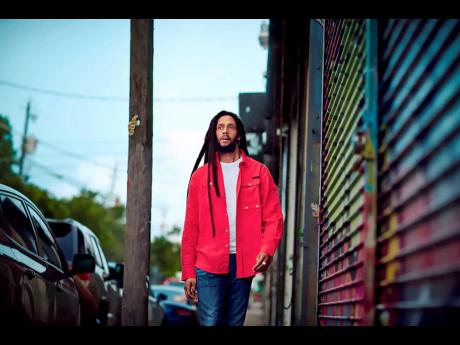 Son of musical legend Bob Marley and Barbados-born Lucy Pounder, Julian Marley devoted the early years of his career in Jamaica studying under celebrated reggae veterans, including Aston ‘Family Man’ Barrett, Carlton Barrett, Earl ‘Wire’ Lindo, and Earl ‘Chinna’ Smith. Adopting his father’s message of redemption through music, the 44-year-old Marley remains inspired and continues to transcend musical genres, manifested in his As I Am album, released earlier this year.

It is the first album since the Grammy Award-nominated reggae artiste delivered his critically acclaimed Awake, a decade ago.

Forming his own vision of reggae music, Julian explains, “Reggae music for me is people’s music. It talks to people and does not necessarily have a special regional sound, but an international sound that travels east, west, north and south; and no matter where, there is a blend of sounds for all people.”

He admits to experimenting with the sounds of the world. “Personally believing that music is universal, it makes me an unapologetic lover of all music, from ska, jazz, funk, blues to Latin and Afrobeat, and there is not one instrument that I don’t love, even though I may not be able to play it. I’m not paying much mind to critics. Attention should be paid to the message, which I can safely say, that is what the Marley clan is known for, and not everybody is focused on putting in the message in everyday music.”

On the topic of lyrics, he adds, “God’s message of unity, love and making the people know that Jah is coming … that is what my music, reggae music is about.”

“Reggae music is root. Look at it like this – if you boil some roots in a pot, you will see it be very dark and cloudy, looking like something that can’t water down. Same way, reggae music too thick, so even when other sounds are intertwined, there is no watering down the rhythm that stems from Jamaica,” Julian tells The Gleaner.

Julian Marley ranks high in the consciousness movement of music, recognised today with his exploration into the diverse musical forms. The sounds of several genres are conspicuously infused into the As I Am album, especially with tracks like Too Hot, featuring Shaggy; War Zone, Panic Mind State, featuring Spragga Benz and his rendition of What’s New Pussycat, featuring Beenie Man, which stands out in a sea of fast-paced beats and cadenced drum rolls.

He shares, “The reason What’s New Pussycat resonated with me was because of The Wailers (who released their reggae version back in the 1960s). I didn’t actually do my history lessons about the original until after, only to find out it was the great Tom Jones. I find that the life of the music which was visible then has been missing lost in synthetic digitals.”

For the song to make the lava-like impression visualised, he says, it needed a feature and Beenie Man’s voice was the one he heard.

When The Gleaner asked what took him so long to produce the album, he said, “I don’t force music or projects in creating music, is it always about the right time and right inspiration. I promise not to let the fans wait another two or more years, because, at present, is an Armageddon we living in so we don’t have time to lose and we don’t want the people to be confused, especially as we trod through Babylon spreading the message of reggae.”

He says that there were about 21 songs to choose from, each one having a different sound or energy; most of which stem from a few years of studio production, but others are brand new.

The final compilation of 17 tracks is a colourful painting of the music visionary’s conscious effort to continue, what he calls “Jah works”. The focus, he expressed, is to live good, to be healthy and make relevant music to elevate a people internationally, using reggae music as the foundation.