Starface gets love for softer side 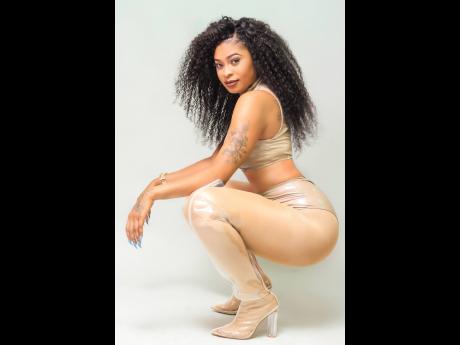 Starface has never been one to think inside the box where her style of music is concerned. According to the singjay, “I’m not going to be stuck in one place because at the end of the day, you don’t know where you’re going to get the hits from. That is why I try to do different music.”

Forming part of her diverse catalogue is Oh Yeah, a collab with Jamaican singjay Eshconinco. The single, released a year ago, recently surpassed more than one million views on YouTube. This is a noteworthy milestone for Starface as the track bears a different sonic style from her signature hardcore delivery. On the Konsequence Musik ballad, Starface showcases her singing capacity with much romanticism and sensuality.

Starface revealed that she was shocked at the outpouring of love for Oh Yeah.

“I’m so surprised! The song never really got any promotion. Me cya believe it reach over a million views,” she told The Gleaner. “The funny thing is, I did not even realise it until I went on YouTube last week and saw that it was over 900,000, and me seh, ‘mek mi give it till Friday’, and by the time mi wake up, it deh million and odd.”

She shared that she thought that a contributing factor to the song’s reach was the Eshconinco appeal but said, “When I look at his page, his views is at 55,000, so I think it’s the different sound that people are gravitating to, because they are used to me as a hardcore deejay.”

Though ecstatic by the response to the song, she isn’t switching tunes, assuring fans, “I’ll be doing every different type of song. I will do every genre of music.”

Her tell-all single, Summer Body, is expected for release this week and is inspired by her own plastic surgery experience earlier this year. The Badman Lovin’ artiste underwent liposuction and mastopexy (breast lift) procedures to rid her body of extra rolls and boost her confidence.

Fans can see her new image in the soon-to-be-premiered music video for So What.