‘47 Meters Down: Uncaged’ tense, yet dull 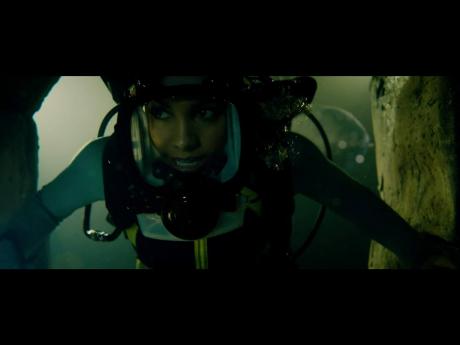 AP
Four teenage girls’ excitement turns into a jolt of terror in ‘47 Meters Down: Uncaged’.

If there is anything that’s a complete plunge into fantasy for me, it is a survival horror film set in, or above, a large body of water. I say that, not because I have any frivolous aspirations to explore the ocean depths, but rather, because I would sooner be caught traversing Mars without a helmet than being anywhere near the predicament of the characters in this film. The ocean is a vile and unprecedented alien world, full of unmonitored and dangerous threats. Why anyone would want to venture into a place like that is beyond me.

I suppose then, my predisposition towards the ocean makes it difficult for me to empathise with the protagonists of this film, but I digress. The truth is, what kept me from relating to the characters of 47 Meters Down: Uncaged was its general lacklustre character development. Stepsisters Sasha and Mia are experiencing some friction in their relationship. Mia is being bullied at school, Sasha is finding it difficult to be responsible for her socially averse stepsister. Their parents think all the situation needs is quality time together to smooth things out.

One thing leads to another, and through a series of cliché dialogue scenes and banal pop music montages, the two, along with their two friends who are essentially brought along as shark bait, set off into an underground maze for the sake of exploring. Never mind the recent discovery of great white sharks lurking around that particular cave.

When the girls inevitably get trapped, the film finally kicks off and delivers the goods. You get the feeling of claustrophobia and being trapped in corridors that you have no idea how to escape. Not to mention the sharks which are now able to see in the dark. (Don’t ask how.) Throughout the rest of the movie, it’s painfully obvious that there is danger lurking around every corner.

The film is best viewed as an amusement park ride on which you can experience the underwater, haunted house of an ancient, shark-infested, Mayan maze. As a film, it’s best caught on cable or through your favourite streaming service. That way, you can skip the first half-hour that only exists to get the characters to the action you came for.