Dancehall music – pick a side 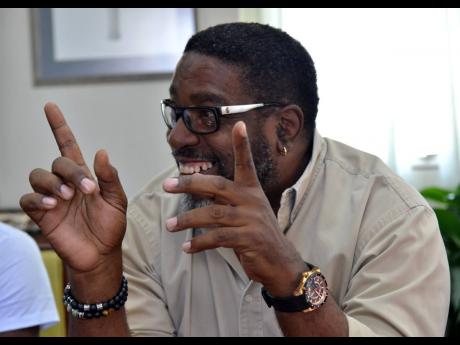 As the business of dancehall music meanders, it would seem that the players are making their way back into the splintered past from which it emerged. Dancehall producer Gahlxi made a surprising revelation at The Gleaner’s Entertainment Forum on Tuesday.

After listening intently to Danny Browne talking about his Main Street Records days, as both a musician and producer, and elaborate on the various producers and artistes with whom he worked throughout the years, he looked genuinely puzzled.

“You guys sound like oonu did united back then,” he said. “You coulda play and produce fi any artiste?” Gahlxi asked. “But a nuh so it go now.”

Actually, back in the day, it was explained, it was the producers who were the engine of the music business, and it developed a fair amount of structure as more producers learnt the business and passed on their knowledge. “After I started my own Main Street label, I decided that I would pass on whatever knowledge I had,” Danny Browne said of those days when his Main Street outfit was populated with big- name acts, hot riddims, and chart-topping songs.

It was the era of enlightenment when producers were making technological advances, quietly making their mark on the international stage and building their own studios. Others chose to book studio time at one of the established studios, and after creating a riddim, they invited artistes to come and voice.

However, Gahlxi, whose Ajusdivybz label is responsible for Munga Honorable’s big tune, Nah Mad (Ova No Gal) - told the Entertainment Forum, that the rules of engagement have changed, so much so that producers now have to align themselves to certain artistes and are expected to show their loyalty to said artiste. What this means is that whoever is perceived as the ‘enemy’ of that artiste is automatically persona non grata in that producer’s personal space.

“So even if me have a producer friend who working wid a “rival” artiste, me nuh suppose to like a post on fi him social media,” he explained. If he does, then he will be “preed” differently and his loyalty will be questioned.

The producer, while not comfortable with that situation, defended his food.

“You haffi understand that in my time, a di artistes, not the producers, who dictate wha happen. The artiste dem choose which producers dem want to work with, and as a young producer, me want artistes to work on my riddim” so Gahlxi plays the game – up to a point.

He further stated that each producer, basically, “hol’ him corner” and stay put, adding that the same situation prevails in the world of sound.

“But this is similar to where we are coming from. Back in the days, when we weren’t a real music business, people used to just do their thing and everything was ad hoc. How did we reach back there?” a concerned Browne queried.

According to Squeeze, he could recall a time when Browne’s Main Street and Dave and Tony Kelly were among the big players in the business, and he and another disc jock at a particular radio station were seen as being ‘aligned’ to one or the other.

“But the difference is that I would play Main Street songs, but it would also give me great pleasure to play songs from Dave and Tony. Me woulda rinse them out, knowing that he was coming to play after me,” Squeeze said laughing.

The Entertainment Forum concluded that this ‘pick-a-side’ mentality that is now driving the business was started by one artiste, whose name everyone seemed to know, but “we nah call nuh name.”