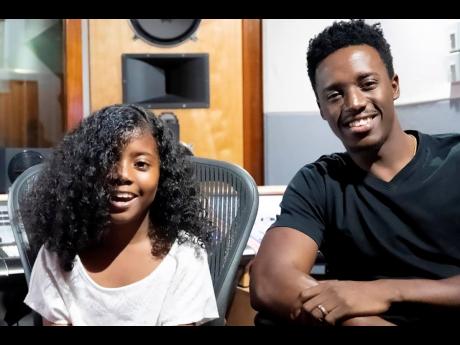 Reggae crooner, Romain Virgo is looking to capitalise on all the attention that young singer Tashae Silvera has brought to his song, Dutty Man. But he’s not doing it for himself.

In a recent IGTV video, Virgo announced his intention to make the song mean more than its lyrics. “ Dutty Man is finally out, produced by Upsetta Records and Loud City Music. We decided that we wanted to do something super special. So proceeds from this song will be going to EVE For Life,” he said.

EVE For Life is an organisation which was founded in 2008 in response to a dire need for support to women and children living with, or affected by, HIV and AIDS. Statistics show that women account for 42 per cent of cases in Jamaica. In the age group15 to 24 years old, infected women more than double the number of men.

“This organisation deals with adolescent moms. Most of these moms are victims of incest, or abused by some dutty father, stepfather, uncle, cousin. They have some terrible stories,” Romain continued.

This makes it the second time that EVE For Life’s message is being communicated through music. In 2015, the organisation collaborated with experimental dub-poetry and reggae group-turned-duo, No-Maddz, on a song called Nuh Guh Deh. Originally written by EVE For Life’s executive director and co-founder, Joy Crawford, it was composed and arranged by the eccentric performers.

“This is our second association in highlighting the issue of inter-generational sex as a cultural norm. We say, the ‘dutty ol’ man’ has been turned into a sugar daddy. We are glamourising a predator in this society. Romain’s song is calling out this person as exactly what he is, a dutty man. We are in solidarity, we are pleased, and these proceeds will go directly into the work we do protecting children against sexual violence,” Crawford told The Gleaner.

Virgo’s fans, and those who want to be charitable, while having some fun, are encouraged to purchase, stream, download or share Dutty Man for the benefit of EVE For Life. Selectors, promoters and radio disc jockeys can also contribute to the cause, as proceeds from dubplates will also go towards the organisation.

Virgo added: “We encourage the sound man them fi link up. Get your dubplates and let us support this worthy cause and organisation. Let us stand up for these girls, and we nah stop bun out dutty man. So, get on board and let’s do this together.”

Now that the official track is released, it’s almost time for the remix. Following the release of the Dutty Man music video, the remix featuring young Tashae will be released, along with its own music video.