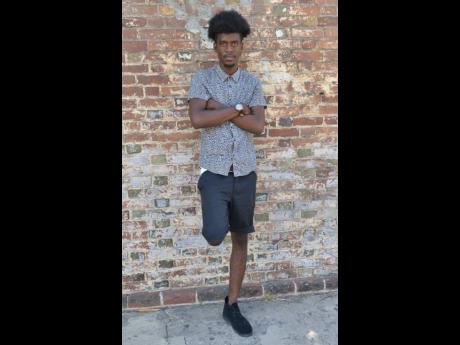 He is often associated with being the nephew of reggae singer Gregory Isaacs, but Ray Isaacs has a story of his own and captures this in his latest single, Journey. Produced by Anotha One, the reggae number details the artiste’s experiences and his long-established dream of mainstream success.

“I lost my parents when I was 17. My mom died with water in her lungs in September 2014, then my dad died after having a heart attack in November that same year,” the 22-year-old told The Gleaner.

“It was really horrible to lose them at the same time. I was living with them, and it was just me and my sister after, even though family supported us. It was really a setback for me, and I dropped music until this year February,” he said.

He resurged in a triumphant way, offering a fine tribute to his uncle at the third annual Red Rose for Gregory concert held in New Kingston. For the young Isaacs, the moment was not only important to honour the man who first introduced him to a recording studio but also served as a tribute to his own parents, who he said supported his musical endeavours.

“I performed at the Red Rose concert in February 2014, and my parents were there to support me. I decided to perform at the show this year to overcome the grief holding me down and to do it for my parents as they were always pushing me,” he said.

The singer, whose given name is Rayon Weise, he made his music debut four years ago with Party God and has several other dancehall singles under his belt. Chalking it up to maturity, Isaacs is now a full-fledged reggae artiste with a mission to evoke positive messages through timeless music.

“I changed over ’cause my youth phase done. A big-man days now, mi get bigger and grow up,” he said.

“In your youthful days, you see dancehall as more nice, but the further you go in life, you see reggae as sweeter and you get to ‘medz’ it and take in what people are saying. Dancehall is mostly fast. Plus, reggae, for me, is a family thing; we love reggae music.”