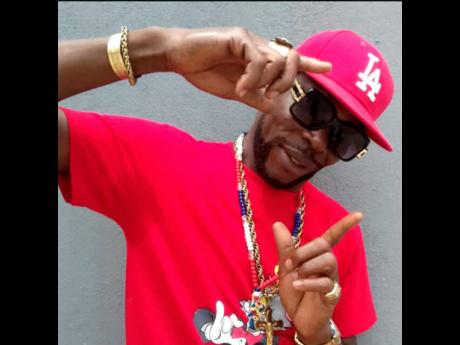 Say what you may about singer Egg Nog, the fact remains that he boasts a dancehall classic with Danny English, the feverish Diwali track Party Time (Meet Me At the Party), released in 2002. The single and music video catapulted the crooner to stardom, taking him on tour all over the world, but little is heard of Egg Nog today unless it is the Christmas season.

Catching up with The Gleaner, the 47-year-old said he is currently working on a collaborative album with English, which he believes will supersede the success of Party Time.

“It’s gonna go to the top like we did with Party Time and even farther. we’re gonna go Billboard, Guinness Book of Records, red carpet, everything, because we have fans that have been listening out for us. It’s just that certain things weren’t there,” he said.

A key component of these ‘things’ was a friendship with English. Egg Nog shared that the two cut ties following the success of Party Time due to constant disagreements. Though the two were never a duo, English’s hardcore vocals paired with Egg Nog’s smooth, velvety sound made for great dynamic.

They recently released Nuh Bother Pick Up the Gun Tonight, a take on Peter Tosh’s Johnny B Goode. Based on Egg Nog’s live version on the phone, he has not lost a beat, though his vocals have matured.

“Me and Danny link up last year and put the past behind us, and we’ve been in the studio finishing up the album,” he said. “It’s gonna be produced by VP Records, and, hopefully, will be out before the end of the year. We a get back couple things together, so people can look forward to seeing us on a lot of shows.”

His work with English aside, the singer said he has never stopped recording. This, however, has not prevented people from labelling him a one-hit wonder.

“People ask mi on the road, when are they gonna hear about me, when are they gonna get back the next song from me, but I never feel pressured to produce a hit song because me know that can happen at any time,” he said. “People all seh mi a iron balloon and mi only have one song or half of a song. Even some of my artistes friends will say certain things and think I take it as a joke, but I’ve been at the studio all this time.”

He hopes to engage his African audience soon by going on tour with English.

“We have a big fan base in Europe, and right now people inna Africa a go crazy fi see us cause we’ve never been there together, so we’re looking to touch base. Mi just want my fans to keep dem ears open cause we’re coming with a bang.”