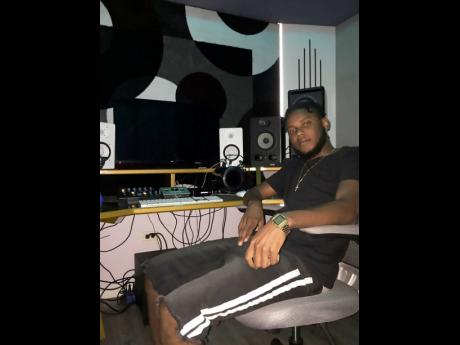 As a child, Rashaun Riley did not have to look too far for musical inspiration. His grandfather, Winston Riley, was one of the island’s premier producers and principal at Techniques record label, responsible for the revered Stalag rhythm, featuring Sister Nancy’s Bam Bam, Tenor Saw’s Ring the Alarm, and Arlene by General Echo. Riley was not only masterful in capturing the essence of authentic dancehall, but also produced a number of reggae numbers, including Loneliness by Sanchez and Life Goes On by Spanner Banner.

Riley’s sons, Kurt and André, have also carved their names in the music industry. Kurt is a go-to disc jockey for many promoters, and the producer behind dancehall artiste, Charly Black’s certified gold hit, Gyal You a Party Animal. André, Rashaun’s father, also produces and has been overseeing operations at Techniques, along with Kurt, since their father passed in 2012.

With a rich legacy to contend with, 21-year-old Rashaun said there is pressure to tread a similar path as his forebears, but said his productions would not be confined to one sound.

“I know my grandfather probably wouldn’t like some of the songs that I am going to put out in the near future, but, music changes every day, and you have to adapt and try to create something different from all the regular songs you hear every day, but still have a taste of dancehall within,” he told The Sunday Gleaner. “People of my age rarely want to hear hardcore-hardcore dancehall. They rather ‘pretty’ dancehall. Listen to some of the songs out now and you’ll see what I mean when you compare music then and now. Dancehall has gotten soft because the generation has had a major change.”

Under his relatively new label, Riley Don Music, Rashaun has released the tropical lime rhythm, a collaborative effort with Block17 Productions. The rhythm carries an Afrobeats-pop feel, infused with dancehall, and hosts artistes like Camaro Flava, Phoenixx, Try Diva, and Vybrid. Another release, One Time, recorded by Phoenixx, is scheduled for release this week, and as Rashaun puts it, “is like soft dancehall, more like dancehall-hip hop.”

Though music is in his blood, Rashaun also has another passion: football. He played for Camperdown High School’s football team and also Phoenix Academy, and later matriculated to playing for Jamaica, but said this dream was short-lived as he wanted to pursue music.

“I did a couple of other activities, but music always stood tall within me,” he said. “I was always drawn to my laptop, where I would use Virtual DJ to make mixes, and it was relaxing and fun to me.

“After I left school, I started going to the studio regularly with my dad and uncle, and began to like the creativity they showed when creating a rhythm. I kinda stopped focusing on sports and placed all my chips on music. I love football and music equally, and eventually I will continue playing, because I plan to go to college overseas, but I will still make music,” he said.

He shared that the response to his current work is positive and hopes to etch his own name in the industry through his work.