‘Once Upon a Time in Hollywood’ weaponised nostalgia 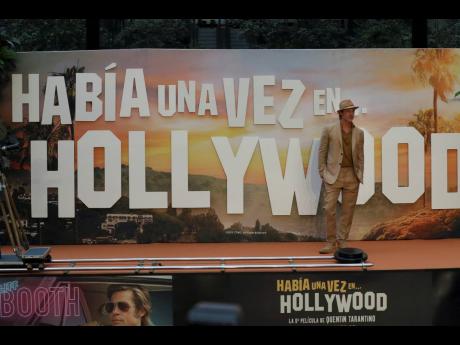 AP
Brad Pitt attends a red-carpet event for the film ‘Once Upon a Time In Hollywood’ in Mexico City on Monday, August 12.

These days, there are few directors who evoke a huge reaction like Quentin Tarantino. Say what you will about his films, you’ll always have something to say.

His movies are so distinctly stylised, with each one feeling unabashedly his own, all the while presented in completely different genres. So, with this being touted as his ninth film, on a self-proclaimed list of 10, there’s an understandable fervent anticipation.

Once Upon A Time in Hollywood is perhaps the most Quentin Tarantino film yet. The director has always worn his influences on his sleeves, like any proud film fan would. Most don’t have the skill to display those influences quite like Tarantino. It’s only natural that a movie about a specific time in Hollywood history would be the one that feels like a parody of one of his movies.

That time is the late 1960s, specifically 1969. The year that main character, Rick Dalton, played by Leonardo DiCaprio, is having a rough go of it as an actor. He once starred in a television series called Bounty Law, and has had middling success in becoming a movie star. By his side, his stuntman best friend, Cliff Booth, played by Brad Pitt, who is more or less okay with the lack of stardom, seemingly revelling in his obscurity. The whole movie depends on their relationship working, and watching them was a treat. The two seem so intertwined that whenever one was without the other, I couldn’t help but feel a pang of separation anxiety.

The story is not solely about Rick Dalton’s career. The film also chronicles the horrifying Manson murders, including that of actress Sharon Tate, played here by Margot Robbie. Robbie seems to have been cast on a notion that resemblance and similar real-life superstar status is enough for the role to be developed, but, in reality her scenes were a collection of smiling and nodding along to the radio.

Once Upon A Time In Hollywood works wonderfully as a character study, and a blast from the past that is the golden age of Hollywood; a golden age that is glorified, despite the obvious implications of its corruption that feel unintentional.

In fact, it’s likely the least stylised and most restrained Tarantino has ever been. It doesn’t change the fact that watching the movie is like listening to a friend explain a Wikipedia article that he’s been obsessed with since he was 15.