Spliffy Dan back in business 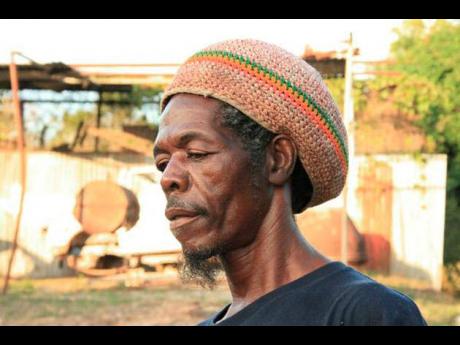 Much hasn’t been heard from reggae singer Spliffy Dan in the last two years, but this silence has not been deliberate. He underwent surgery in June 2017 and said that he has been on bed rest until recently.

“I’m feeling good now. Spliffy Dan is alive and well fit and healthy and ready to go,” he told The Gleaner. “I wouldn’t mind having some studio work right now. I haven’t performed on any show for the past two years, and I need a manger or someone interested in working with me ‘cause I have good material.”

Spliffy Dan said that to sustain himself following the hernia-repair surgery, he has been renting a property, which allows him to cover the essentials and take care of his immediate family. Spliffy Dan, who is also a well-known auto mechanic, revealed that he was forced to close his business to focus on his health.

“I learned the trade in 1974 and stuck with it ‘cause it was good – I could eat food, pay my rent, and everything – but that business gone down ‘cause mi cyaa really cope with that anymore,” he said. “I can’t even lift anything too heavy; the nature of the work was the same reason I got the hernia. Through di Father works, mi able fi sustain myself, so I will see how far it can go.”

The singer, whose given name Basil O’Connor, embarked on a music career in the 1970s and is a founding member of Augustus Pablo’s Rockers production outfit. Their chemistry yielded songs like Jah Bless on the ‘ Swing Easy’ rhythm and Dreadlocks Preaching Love. Pablo died of a nerve disorder in 1999.

“His passing kinda affected my career ‘cause there was an album we were working on, and it didn’t get to be completed. That would have been my first album,” Spliffy Dan said. “Music is a talent and gift the Father give unto I, but seeking money and wealth from it wasn’t my issue. I was making a good likkle money as an auto mechanic, and Pablo always a curse and seh, ‘Boy Spliffy Dan you just love work inna your garage, yuh nuh waan go studio?’ I have no regrets, still, ‘cause whenever him waan mi do a song or rehearsal, I would go. But the hanging out at studios day-to-day looking for producers has never been my thing.”

Spliffy Dan is known for songs like Thunder if it Rain, Credel , and Wake Up.