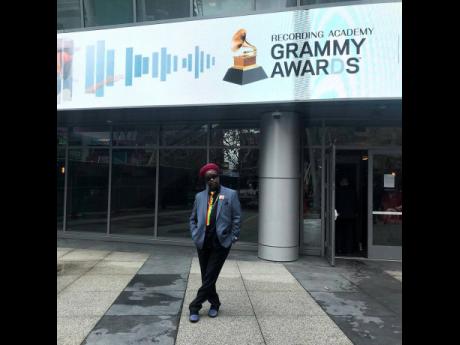 National Public Radio’s (NPR) most talked-about live concert series may be called Tiny Desk, but the recording sessions are anything but. In fact, they are a pretty big deal. Since its debut in 2008, the live series, held at the desk of NPR’s Bob Boilen, has had musical guests including the likes of John Legend, Adele, Erykah Badu, Chance the Rapper, the late Mac Miller, and many more. A handful of Jamaican entertainers – Chronixx, Ernest Ranglin, and Shaggy – have been among the elite group of musicians to make appearances. Later this month, Grammy-award, winning reggae group Black Uhuru will become the latest Jamaicans to perform on the show.

Duckie Simpson, the leader of Black Uhuru, told The Sunday Gleaner that the show has become so successful that the waiting period to get on can be as long as three years. However, after witnessing the group at one of their concerts back in December, the Tiny Desk team was very interested in having them as guests. In fact, it took the NPR team just a few months after that initial encounter to organise the group’s appearance. “It’s a very interesting programme because it’s very difficult to get on it. We are like maybe the third reggae artiste to get on. I think Shaggy and Chronixx go on already. It usually take you like three years to get on. It took us three months,” he said, crediting their international pull for the quick booking. “Our name carries a lot of power on the international market, not in Jamaica. We were supposed to appear in March, but we were in the middle of our winter tour, so we couldn’t. But they rescheduled, and that really surprised me very much. Just goes to show how excited they are about having us and how well we’re doing internationally.”

The reggae group is slated to perform on September 18. Currently promoting it’s 2018 Grammy-nominated album, As the World Turns, says the group will be performing a few tracks from the album, as well as their new single, I See You. The latter features on the reggae compilation album Tropical House Cruises to Jamaica Reloaded. “I think we might be performing 12-15 minutes, so we’ll try to do enough songs to fit in that slot. Maybe four of five songs, including What is Life from the original album,” he said.

With the Tiny Desk series racking up billions of views on YouTube, a huge number of those generated by today’s generation, the entertainer is hoping to expand the group’s fan base. “It’s definitely a goal for us with the appearance. We’ve been around for over 40 years, we’re legends, but it’s always a good thing to gain new fans. Contrary to what people may think, we have a young audience, which amazes me sometimes. At our concerts, you will see hundreds of teenagers because young people, internationally, don’t shy away from legend artistes, they embrace us,” he said. “In Jamaica, i’ts a whole different ball game. Those youngsters don’t really care for us elders.”

Having established how big a deal the Tiny Desk series is, Simpson said that he wanted to see more reggae artistes making appearances on the show. His picks include young reggae sensation Koffee, Queen Ifrica, Etana, Protoje, Kabaka Pyramid, and Jesse Royal. “I’m not really into the ‘bang bang, boong boong’ artistes, innu. Dem thing deh a just fi Jamaica. I’m more into the reggae artistes, so whichever of those artistes they invite is okay with me because it’s exposure for reggae music.”