‘It Chapter Two’: You can never go home again 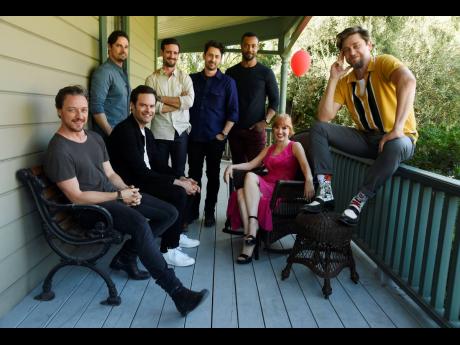 There’s a point about one-third way into the film that’s crucial to the entire movie. The members of the Losers club sit down, having not seen each other in over two decades. Each of them older, thought to be wiser, and yet unable to recall much of their past. They all seem to celebrate their life’s achievements but can’t seem to pinpoint how exactly they got there. Then, someone says the name of the clown responsible for their shared trauma. The message of It Chapter Two is clear. Nothing’s really dealt with, until it’s dealt with.

This moment is crucial, narratively, because it’s the point when all the characters are brought up to speed and can move the plot along. More important than that, though, it’s a scene that reminds these characters that what binds them is not just an evil, psychopathic, shape-shifting clown, but it’s the relationships they formed with each other. It’s that very relationship that’s meant to prove effective against their face-painted foe.

Whereas the first film taught the characters that their fears do not define them, the sequel is much more subtle with its storytelling. That’s probably why the film wasn’t as frightening as the original. You’re no longer looking through the eyes of a child, you’re seeing the perspective of grown adults. Adults are much less likely to be afraid of a clown, but they are likely to be unable to reconcile their pasts. Several times throughout the film, the characters are faced with secrets and shame that haunt them, despite their perceived maturity.

I found It Chapter Two was a beautiful film with striking, mind-bending visuals that left me scratching my head, trying to figure out how the shots were achieved. It was also light on the horror, yet still able to provide a jump or two. The decision to make the film more about the characters was a wise one, but can bog down the film, based on just how many characters it needs to get to. Ultimately, whether you like the film depends entirely on your investment in the characters, rather than the thrills. I, personally, thought the film did a fantastic job of earning that investment, despite feeling imbalanced with particular storylines that were best left on the cutting-room floor.