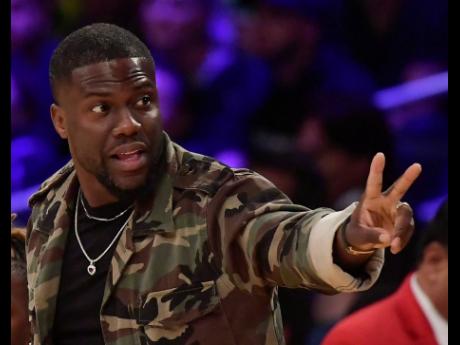 AP/File
Actor Kevin Hart gestures during the second half of an NBA basketball game between the Los Angeles Lakers and the Philadelphia 76ers in Los Angeles.

Kevin Hart’s car has been branded a death trap by motoring experts.

The comedian-turned-actor has been left nursing serious injuries after his car veered off the road in Malibu, California, last week, and according to car safety experts, his vehicle lacked key safety features that would’ve spared him many of his injuries.

Multiple owners of car-customising shops have told TMZ that it’s “highly unusual” for cars with 720 horsepower to be fitted with a roll cage and a five-point harness.

Hart, 40 – who is one of the world’s best-paid actors – suffered three fractures to his spine in the crash.

But Tiffany Haddish, his showbiz pal, recently revealed that he’s doing well following the accident and is slowly recovering from his injuries.

Haddish also admitted she would be poking fun at the actor after he did the same to her when she injured her meniscus.

The Hollywood star explained: “He was making fun of me because I tore my meniscus.

“I was wearing a boot while we were doing press for Secret Life of Pets 2. I had a sleeve on my leg, a brace, and he was making fun of me, talking about, ‘Tiffany, you ain’t gonna get no man. Ain’t no man gonna want you with a brace on your leg. You need to get the surgery.’

“And I said, ‘I don’t have time to get surgery. I’m gonna let my body do what it do and heal itself.’ And look, I’m rocking high heels and I’m walking..