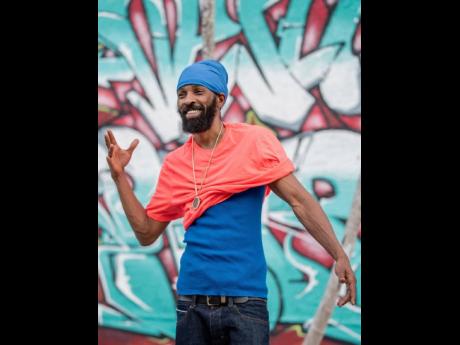 Dancehall artiste and Shottas actor Spragga Benz is about to add another feather to his cap. When he performs at the Grammy Museum Experience Prudential Center on Thursday, October 3, he will be the first reggae-dancehall act to perform in its Spotlight Series.

Located in Newark, New Jersey, the Grammy Museum Experience is housed within the Prudential Center. Similar to the original Grammy Museum in Los Angeles, the Experience is dedicated to exploring the past, present, and future of music and the cultural context from which it emerges while casting a focused spotlight on the deep, musical roots of New Jersey. The Experience features a dynamic combination of educational programming, including the Summer Session, the Spotlight Series, An Evening With Series, and interactive permanent and travelling exhibits, including a spotlight on legendary Grammy winners from New Jersey.

The Spotlight Series, the organisers explained to The Gleaner, aims to provide intimate, moderated conversations with recording artistes and includes a conversation and Q&A with audience members followed by an exclusive brief performance by the artiste.

Quizzed as to exactly why Spragga Benz was selected, Mark Conklin, director of artiste relations and programming at the museum, told The Gleaner that “Spragga Benz is an icon of his genre and a great ambassador of the music”. He added that he felt that the Newark and larger New Jersey community would “benefit from hearing about Spragga Benz’s creative process, history, and current and future projects.”

Spragga Benz, whose first album in nearly a decade, Chiliagon, is scheduled to be released next Friday, expressed his joy at both the impending release and the upcoming Spotlight performance.

With regard to the album, which adopted its name from a 1,000-sided polygon that symbolised contemplation and meditation to some of the world’s early philosophers, he stated: “These are artistes and producers I’ve worked with and admired as friends, as a fan, and as idols I looked up to. Dancehall is the foundation of so many genres. Being surrounded by so much talent for Chiliagon brings my joy of making music full circle.”

He also stated that he was looking forward to the ‘Experience’. “I am happy to showcase my culture in a forum and gatherings of music lovers. Being at the Grammy Museum is a prestigious event for me, and I will ensure that the energy I bring to the atmosphere will be filled with authentic reggae-dancehall vibrations,” he told The Gleaner.

And, will the Grammy Museum Experience give an artiste an edge in being nominated on winning a coveted Grammy Award? According to the organisers, “No.”

The Prudential Center’s programmes, they emphasise, are produced to give fans and the community a deeper look into and a greater appreciation of music and the artistes who make it. Spraga Benz’s Spotlight performance is scheduled to start at 7:30 p.m.