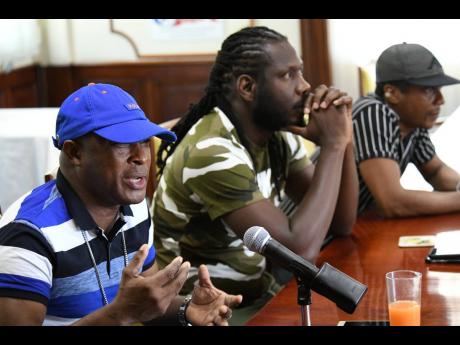 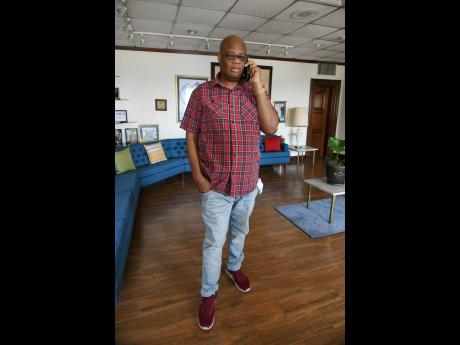 “Any word and every word can make lyrics. As long as you can talk it, it can come inna lyrics.”

Artiste manager Junior ‘Heavy D’ Fraser made this observation during The Gleaner’s Entertainment Forum recently. Though it is an obvious one – that entertainers have been liberal with their words about sex, guns, and trending lifestyles – the observation was declared for himself and the other three panellists to put forward the argument that because the world is listening, artistes must get creative.

There was also the curious revelation that despite the long-sold notion that sex sells, perhaps happiness sells much more.

Among the all-male panel, which also included Cordel ‘Skatta’ Burrell and dancehall artiste Cardiff ‘General Degree’ Butt, there was a general agreement that sex sells. However, this consensus was followed promptly by the question of how much sex sells and the suggestion that local female dancehall artistes should change their position – or tune – to sell more than just sex.

“I hear a new riddim come out with some female artistes on it, and not fi knock nobody but all a dem a seh di same ting. The problem I have with that, if you mix them together, yuh nah guh know seh they are different songs. How much of that you can listen to from seven female artistes? So mi tink what we need fi do is be more creative – choose the creative way fi sing song, like Pianist,” General Degree said.

Pianist by General Degree (produced by Danny Browne), though still quite clearly a sexually charged song, utilises lyrics that make the idea clear and the delivery amusing – cleverly hooked by a double entendre.

“When you come up with lyrics like Pianist – or you use a word weh mean ‘this’ but is ‘that’ – it harder, but it’s more creative. When it really works, people say ‘wow’. Choose dah way deh. Mi like dah challenge deh,” he continued.

Based on the state of local music, or which local acts have been soaking up an incredible amount of attention, the panellists put sex to the side to highlight changing themes and the international palatability of young female artistes choosing creative, happy lyrics.

Trooper reiterated with a glaring example. “Anytime the lyrical content of the music is portraying happy times, or it a portray joy, the music sells more. For example, Koffee, when she seh, ‘ Toast, nah rise and boast,’ you can sing with that! When somebody do a song with the slackness, you can’t relate to that,” he said.

And happiness is translatable. “A lot of these artistes weh yuh hear a talk the slackness and dem a talk gun lyrics, you’ll never see them at a major stage show in Europe or Japan. Because the people in those places want good music. Dem wah go and ‘full-joy’ themselves. Dem wah when the song play, them can sing to it! A lot of these songs that are being made nowadays, you can’t sing to it. Lyrical content is rubbish. A stupidness. Because of that, it made the industry stagnant,” Trooper said.