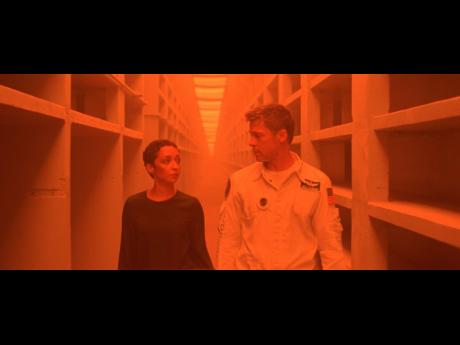 AP
This image released by 20th Century Fox shows Ruth Negga (left) and Brad Pitt in a scene from ‘Ad Astra,’ which opened in theatres on September 20.

Deep in the perilous empty of outer space, the once-thought-dead Dr Clifford McBride may actually be alive, hiding out near the edge of the solar system. This potential revelation comes with a threat to all human existence known as ‘the surge,’ a super electromagnetic event that temporarily knocks out all power on Earth. The only hope is fearless astronaut Roy McBride, Clifford’s son, who hopes he can reach his father and figure out what is causing the surge, and maybe get some much-needed closure.

The movie is an intergalactic trek across the solar system and it’s most interesting when it embraces this fact. It’s least interesting when it focuses on the struggling relationship between an astronaut and his absentee father. It is just hard to care about a family matter when the fate of the world is at stake. Visually, it is an incredible technical feat, and really does some wondrous things, even in an already thoroughly explored genre of space travel films.

It’s not so much that a movie can’t have its character’s cake and eat it too. It tries to make the connect between the difficult confrontation of a parental figure and the end of the world. Oftentimes they can feel similar. But the film never gives its audience a chance to really feel that link. There’s an intermittent narration by lead actor Brad Pitt, giving the audience insight on his emotions throughout the movie. This was likely added because though Pitt’s character of the emotionally stunted son is intentionally stoic, he’s nevertheless dull to watch. So naturally, a droning narration was appointed the key to keeping audience members awake.

At the end of the day, Ad Astra gets by on Pitt’s performance, which shines when he’s able to bring across micro expressions with ease, as if he’s been playing the character his entire life. That and, of course, the stunning filmmaking. But a story that is overly dependent on emotional beats that fall flat, knocks it down a few pegs.