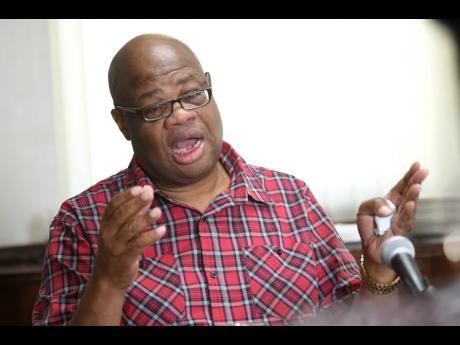 Rudolph Brown
Heavy D ... We need to free up the music in more ways than one. It is not just about the night noise act. You need to change some of the laws on what people call ‘bad words’. 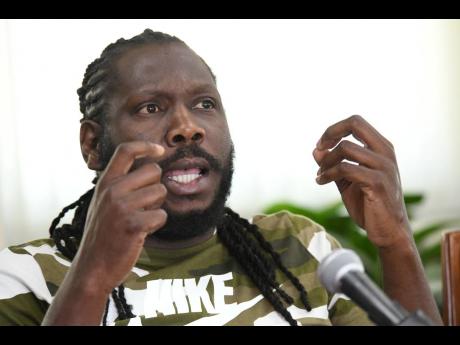 Rudolph Brown
Engineer and promoter Cordel ‘Skatta’ Burrell ... We understand that there needs to be guidelines and restrictions, so we are not against adhering to certain rules ... . What we need is to have that platform where we can put measures in place so we can have a balance for the betterment of the music. 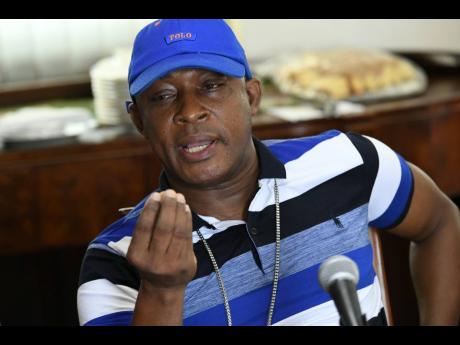 Rudolph Brown
Selector Ricky Trooper ... Reggae and dancehall music is being locked out by people who hold the levers of power.Preserve the dancehall culture.
1
2
3

In a space where promoters are uneasy because their events may be shut down early, where recording artistes and producers lament the strain of payola, where performers are fined for particular utterances, there are players with ideas as to how to amplify the musical soundscape and make Jamaica and it’s culture sing louder.

Beyond producing characteris-tically Jamaican tunes for the world to listen to, some stakeholders have called for a law that will mandate guaranteed playing time for reggae and dancehall music on local radio.

Engineer and promoter Cordel ‘Skatta’ Burrell, speaking at The Gleaner’s Entertainment Forum last week, said that such a mandate could relax the ‘squeeze’ on local culture.

“There should be laws, a mandate in Jamaica weh seh reggae music must be played on all radio stations. There should be no hip-hop station in Jamaica weh nuh play reggae music because Jamaica has a responsibility to it’s culture. It goes back to us pressuring culture. There was always a balance. You always had an option to go to the dancehall or listen to your radio,” he said.

Fellow panellist, artiste manager Junior ‘Heavy D’ Fraser, framed the idea in reality, with examples of Trinidad and Tobago, Barbados, and France as nations with such rules in place. In 1994, a French law was introduced, stipulating that at least 40 per cent of songs played on radio stations must be in French – in an effort give home-grown talent a helping hand.

The artiste manager’s specificity may stem from long-held attitudes about the music genres that sound system owner and operator Ricky Trooper was unabashed to elaborate on.

“Our music was never accepted by the upper class. They have our music as back-a-wall, ghetto music,” he said.

Meanwhile, contacted for comment, chairman of the Media Association of Jamaica, Christopher Barnes, said that he is not aware of any discussions or proposals brought to the association on the topic.

“We would, however, be concerned about a mandate to do so, given the potential infringement on a station’s right to programme, in accordance with their licence,” he said.

In the meantime, Skatta, who said that he is willing to accept an hour of Jamaican music-play per day, believes such a move would encourage more than a deeper love of culture in listeners – it would also alert young producers to an extensive, underplayed library of local music.

“The producers here are boxed in. They are not exposed to [thinking] on a cultural basis when them a make a song. They would never say, you know what – make me call Robbie fi play dah bassline fi me – out of respect because a dem man deh build Murder She Wrote. We nuh appreciate the culture within the marketplace weh we ah operate.”

Dancehall and reggae music, with it’s origins from the ghetto, come with some publicly unpalatable elements, like expletives and suggestive themes. So, naturally, mandating that the genres be played on radio comes with the apprehension that inappropriate content will pervade the airwaves. But with how the advent of the internet age has dismantled access barriers and necessitated self-censorship, Skatta believes that if the Government or relevant regulatory bodies implement this music mandate, there are paths forward.

“This thing where the language of dancehall is being called in question stems from a genuine dislike for Jamaica and the culture. For instance, you cannot say a certain word and they don’t say it’s a bad word – where it is loved and appreciated in the wider world. Gone are the days when we should be shielding human beings from what exists in this world. What you have to do is educate them to make good choices. Not because someone has slack songs on the radio, they are gonna become slack or indecent,” Skatta said.