VP showcases 101 artistes on 'Down In Jamaica' 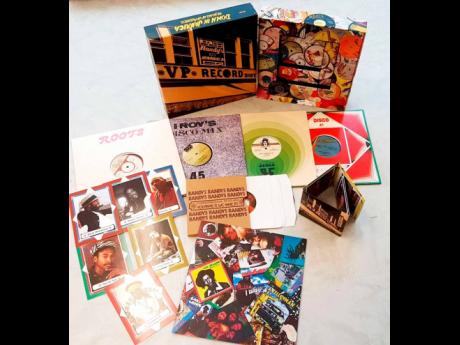 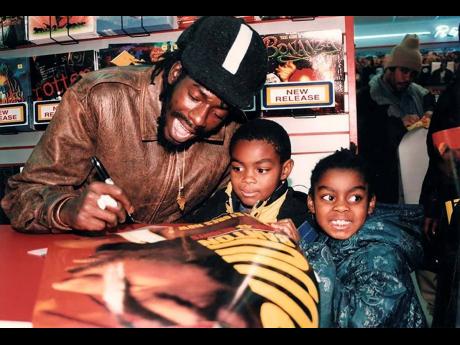 Contributed
Buju Banton signs a poster at a VP event. 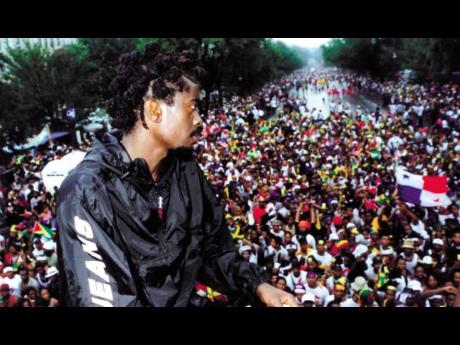 Contributed
A young Beenie Man looking awed by the crowd at VP event. 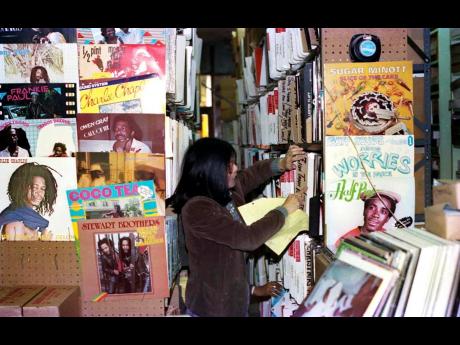 Contributed
VP's Miss Pat makes her selection from the catalogue.
1
2
3
4

Down In Jamaica: 40 Years Of VP Records is a 94-track, multi-format limited edition (2,000 run) box set, which is being hailed as the definitive anthology of the company that helped bring reggae and dancehall to the world.

Featuring 101 different artistes, Down In Jamaica, which becomes available October 25, tells the story in detail through a chronological survey of the key records that helped define the company, from early singles on obscure sublabels (Roots From The Yard, Jah Guidance, and Love) to the well-known VP Records brand that brought Beenie Man, Sean Paul, Wayne Wonder, and others into the international mainstream.

Curated by DJ, writer, and VP Records Director of Catalogue Development, Carter Van Pelt, the set contains four 7-inch singles, four 12-inch singles, and four CDs, the first configuration of its kind for a box set package. The CDs include the chronology of hit songs, and the vinyl pieces bring back rare titles long out of print. The initial release is in the physical format only, with a digital release of the CD portion of the set on all streaming platforms in late November.

The singles format was the dominant vehicle for Jamaican music from its inception, and the collection tells the company’s story almost entirely from singles, taking its name from Red Fox and Naturalee’s 1989 hit.

“The goal is to tell the story of a continually owned and operated family business at the heart of the global growth of reggae, dancehall, and Caribbean music,” said Van Pelt.

Founded by Vincent and Patricia Chin as the US distribution arm of Randy’s Records from Kingston, Jamaica, Randy’s had been at the centre of the Jamaican music industry since its inception. The VP chapter began in New York as reggae was on the verge of a major transition from Bob Marley’s era to the dancehall era of Yellowman, Chaka Demus, Shabba Ranks, Ninja Man, Beenie Man, and Bounty Killer.

Highlights from the set include Sean Paul & Sasha’s I’m Still In Love With You; Wayne Wonder’s No Letting Go; Beenie Man’s Who Am I and classics from Yellowman, Barrington Levy, Gregory Isaacs, Dennis Brown and dozens of others. The vinyl selections include rare sides by Echo Minott, Freddie McKay, Junior Reid, Tenor Saw, and others, most available for the first time since their original pressings.

“We’re excited about the box set and the re-telling of our story,” said Randy Chin, President of VP Records, “It’s a great way to complete our 40th anniversary celebrations.”