Michael Dawkins has high hopes for song with Wu-Tang affiliate 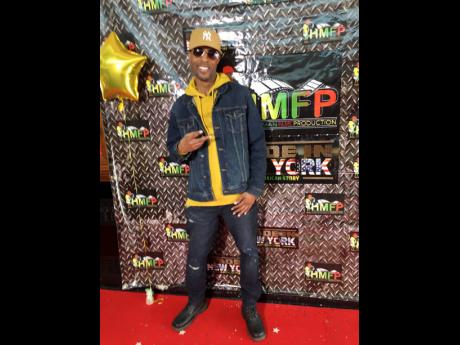 Singer Michael Dawkins is hoping to expand his horizons through a recent collaborative effort with longtime Wu-Tang Clan affiliate Solomon Childs. The track, dubbed Revenge, was released last month as part of the compilation album, How it Goes, by Stop Normal Entertainment.

“It was exhilarating and such an honour to do something with the Wu-Tang Clan ‘cause it’s a big brand, they dominated the ’90s and they have a big fan base that breaks all backgrounds and barriers,” he told The Gleaner. “I’m hearing that the hip-hop community is digging the song, so more people are hearing the name Michael Dawkins and I hope this will broaden my fan base.”

The track also features acts Jah Defender and Napoleon da Legend. Solomon Childs is the cousin of Wu-Tang’s Ghostface Killah and godbrother of Cappadonna. He started working with the group in the late ’90s, and has credits on projects with group members, like RZA’s Bobby Digital in Stereo, Ghostface’s Supreme Clientele, and Cappadonna’s The Pillage.

Dawkins, who is based in the United States, explained how the connection was made.

“Stop Normal Entertainment sent me a rhythm to voice, on which I recorded Only You, which is also on the album How it Goes, then they sent me another rhythm with Solomon Childs’ vocals on it and that is how I got in on the mix,” he said. “We never got to meet in the studio as there was some pressure for me to complete it in two weeks in July, and his vocals were already on the track.”

This project aside, Dawkins is currently promoting the song Baby I’m a Want You, his reggae rendition of Bread’s 1972 classic soft rock number. The track soared to the top of the iTunes Top 100 Reggae Chart in the United States and is also making impressions locally.

“I know it was number six on Street Link, possibly it may go to number one, so I am still pushing that song,” he said. “It’s one of those songs that is sentimental to the grown folks. it has substance and is a crowd favourite because they love the slow vibes. It’s doing well in Belgium, so I give thanks.”

His last performance in Jamaica was three years ago, but he hopes to engage the local audience by the new year.

“You never know, you could see me there in December,” he said. “Right now, I’m working on an EP to follow up on my 2018 album, Sojourn, which was number five on the British iTunes chart. I’ve been putting out singles, but people really want another project. I can’t confirm a release date as yet but I am working on it.”