‘Joker’ puts a smile on your face 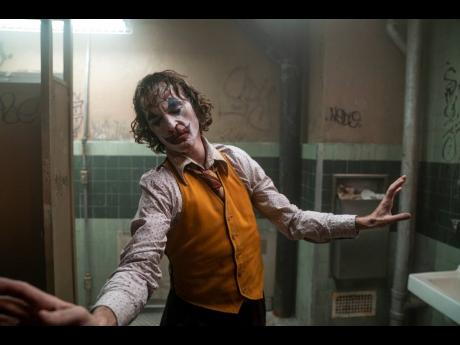 AP
This image released by Warner Bros. Pictures shows Joaquin Phoenix in a scene from the film, ‘Joker’.

There have been many comic-book villains to grace the silver screen, each of them ranging somewhere between instantly forgettable and memorably iconic. Those who fall towards the latter usually get more than one incarnation. The pinnacle of these characters has to be the Joker. A homicidal clown, he has been played not twice but a total of four times, and now a fifth, getting the title role in the new film Joker.

This film is unique because it seeks to put a new spin on the story of the Joker by giving him a story. Prior to this film, the character’s history had been more or less a mystery. The film presents a humble man, Arthur Fleck, who grows increasingly distressed at the callous nature of his fellow inhabitants of a 1970s-era Gotham City. He suffers beatings, scoldings, and mistreatment due to his mental illness, pushing him to the brink of madness. Typically, the story has gone that the terror of Gotham City creates Batman, and Batman’s existence creates the Joker. Joker takes it the other way around and has the clown emerge first, with the Bat soon to follow.

It’s not at all a bad set-up, and Joker goes to great lengths to show a man who is trying his very best in trying times. You’re meant to feel for Arthur when he suffers his multiple misfortunes, but there comes a point when his reactions to those misfortunes are not for your sympathy. Joker works brilliantly in making you feel empathy for someone capable of committing monstrous crimes, making it all the more disturbing when those crimes occur.

While most comic-book origin stories make you long for the protagonist to don their iconic get-up, Joker is a movie that does the opposite. You fear for the lives of the people in Gotham if Arthur completes his transformation into Joker. When he finally does put on the colourful suit and painted face, it’s akin to watching a horror movie monster emerge.

While Joker is an interesting take on a well-­established character, it’s unfortunately let down by a messy ending. Most of the movie takes you on an exceptional journey full of intrigue, masterfully developed tension, and impactful performances to remember. The ending betrays all that and settles in with a misguided message that betrays what was initially set up for the film.