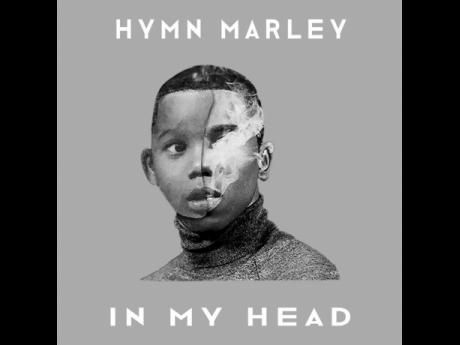 Contributed
‘In My Head’ EP cover.

Hymn Marley is the latest Marley family member to offer a musical body of work, with the release of his five-track debut digital EP, In My Head. The 26-year old son of multiple-Grammy winner Stephen, and grandson of musical legends Bob and Rita, has delivered what is being described as “a pop-soaked collection of modern songs that speak to a universal audience, but still pay homage to his family’s Caribbean roots”. Featuring two previously unreleased cuts, In My Head kicks off with Since You’ve Been Gone, a melodic acoustic reggae jam that also served as the EP’s first single when it was released earlier this year. The second track, Hot Step, takes dancehall into the mainstream. The “ganja and red cup vibes” he describes in the song were brought to life in the accompanying music video that recently premièred on urban contemporary channel, BET Jams. Up next is You Don’t Even Love Me, featuring younger brother Yohan Marley as a guest vocalist. The decision to use a reggaeton beat on this song was a deliberate nod to their grandmother Rita’s Cuban origins.

The In My Head EP closes out with the unclassifiable Let It Burn.

On producing and releasing his debut EP, Hymn said, “This has been one of the best experiences, and I’m so excited to create many more.” He added, “ In My Head is a compilation of some events and inspirations that I have been blessed to share with the world. I believe there is a song here for everyone, so I can’t wait to see how people connect with it.”