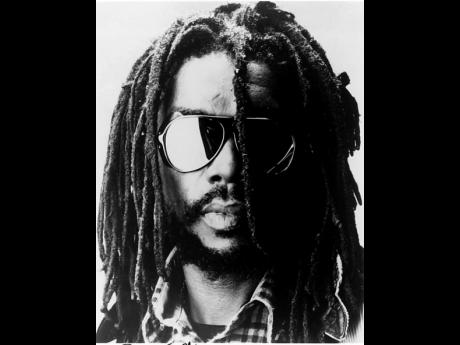 The Peter Tosh Music Festival returns to Kingston, Jamaica, next Saturday, October 19, with a special 75th birthday edition of the event at the Pulse Centre, 38a Trafalgar Road, New Kingston.

The late Tosh, whose birthday falls on the same day as the concert, is celebrated as one of Jamaica’s foremost musical icons for a career that spans his years as a founding member of the Wailers (along with Bob Marley and Bunny Livingston), as well as his subsequent years as a solo artiste.

The event promises to be very special for a number of reasons. Not only will it feature an all-star line-up of some of Jamaica’s best entertainers who reflect Tosh’s beliefs and legacy, but it will also celebrate his diamond jubilee – his 75th birthday.

Further, this year’s concert, the fourth annual edition of the festival, will be free to lucky members of the public who hold concert tickets, a gift to Jamaica on Tosh’s birthday. Complimentary tickets are available through the Tosh Museum, Pulse Rooms, MVP, and Pepperseed, all situated at the Pulse Centre on Trafalgar Road. The event’s hotline is 876-960-0049.

Tosh’s son, Andrew, will headline a line-up that includes the likes of Ky-Mani Marley, Warrior King, Duane Stephenson, Bushman, and other acts to be announced.

Famous for anthems such as Legalize It and Get Up, Stand Up, Peter Tosh was a radical revolutionary in his time, a musician whose philosophy resonates around the world to this day more than three decades after his death. A global champion for equal rights and justice, the legalisation of marijuana, and the fight against apartheid, Tosh was an uncompromising architect of change, taking the stage with his M16 guitar and lyrical might as he attacked injustice and vanquished vampires with equal passion.

Many considered him a prophet, with several of the causes he championed taking centre stage years after he highlighted them and his solutions coming to pass, some of them currently. Apartheid was abolished in South Africa and Zimbabwe. He said, ganja was for the healing of the nation, and now that the world has accepted marijuana as a key medicinal herb. His promise in his song to “advertise it” if the authorities would “legalise it” has come to pass so many years after his passing.

The Peter Tosh Music Festival is presented by the Peter Tosh Museum in partnership with Pulse, Mega Source Inc, The Peter Tosh Estate, Pulse Rooms, and other partners to be announced. The concert is preceded by a Black Tie Awards Gala on Thursday, October 17, as well as a symposium at The University of the West Indies, Mona, on Friday, October 18. Winners of the Stepping Razor, Legalize It, Equal Rights and Bush Doctor awards will be announced at the gala.