‘The Addams Family’ to die for 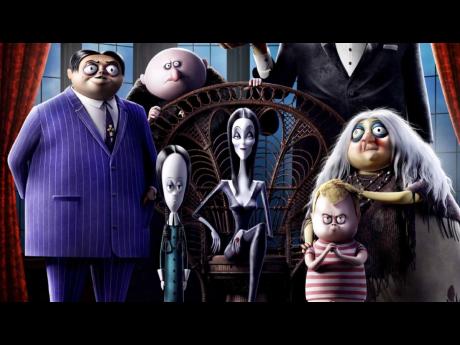 We live in a world where everything that’s old becomes new again, but I’m honestly surprised there’s a new Addams Family movie. Beloved franchise aside, surely there comes a point when the creepy, kooky, mysterious and spooky family stops being relevant, right? Sure, diehard fans will argue the timelessness of an off-kilter nuclear family, but making a new version only opens the door for a number of ­painful, tired clichés and, worst of all, timely pop culture references to make the remake feel ‘fresh’ and ‘hip’.

Thankfully, this remake avoids those trappings. Mostly. It starts out by introducing you to the Addams at one of the many ­reasons family gets together – a wedding. Morticia and Gomez are tying the knot and ready to start their lives together. Pity that life will have to be started in exile, as the two are chased away by ­pitchforks and torches.

I like the way the film sets the stakes for the characters pretty instantly. The Addams have every reason to distrust and even fear the outside world, which is why, 13 years later, the children Wednesday and Pugsly are trapped in the walls of Casa de Addams. Protected from the outside world in Nemo-esque fashion, Wednesday decides she belongs in public school with other people her age.

You see a rebellious Wednesday doing everything she can to give her mother a heart attack. For Morticia, that means dressing in cheery colours, singing, and even threatening a smile. It’s easily the funniest storyline in the film and by far the most meaningful. Less so can be said for Wednesday’s brother, Pugsly, whose storyline of trying not to disappoint dad Gomez, more or less feels like it was ripped from a low-stakes Saturday morning cartoon.

Yet despite the problems, I found The Addams Family to be refreshing. I laughed much more than I didn’t, and I was happy to see a kids’ movie tackle issues like the danger of social media misinformation, and of course, identity, with such skill. It’s enough to make me say it’s well worth the full price of admission, despite its flaws.