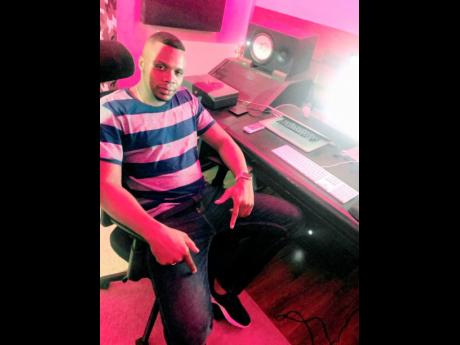 Popular selector DJ Jungle Jesus has always had his eyes set on music production. Emerging as a mixtape DJ in 2014, the Arnett Gardens resident said he was waiting for the opportune moment to explore this venture, which came early this month with the release of his ‘Money and Gyal’ rhythm.

“I started as a mixtape disc jockey, then branched out into being an event disc jockey, but I wanted to have the financial ‘backative’ and more exposure in the music business before I went into production,” he told The Gleaner. “I see this rhythm as a breakthrough project for Jungle Jesus. I have some solid artistes on the rhythm and some other new artistes as well, so I see it as something that could possibly take over Christmas, going into early 2020.”

The rhythm was released on his Jungle Jesus Entertainment outfit, and the tracklist includes Culture by Shane O; Choppinz by Gage; Overseas by Dre Kalil; and Rtadax’s Gyallis DNA. It also has contributions by D’Angel and Esco. According to DJ Jungle Jesus, it wasn’t hard getting acts on board.

“I wasn’t faced with the challenges of the average producer, because I’m always promoting these artistes on mixtapes and distributing CDs,” he said.

“The feedback has been great so far. I get calls each day from people saying they heard a song on the rhythm, and people on social media keep telling me which song is their favourite,” he added.

Keeping this momentum, DJ Jungle Jesus, whose given name is Akeem Grant, hopes to use this new platform to nurture up-and-coming acts, a feature he said distinguishes his label from others.

“I have always believed in new and young talent. I am the type of person who will see someone singing and if it captivates me, I will stop and listen,” he said. “Once the person sounds good, I will take it into consideration to work with them or help them get mainstream exposure.”

Though he is currently promoting this project, he is already working on a sophomore effort which he hopes to release in 2020.