#SundayServiceJa: Kanye's half a dozen controversies 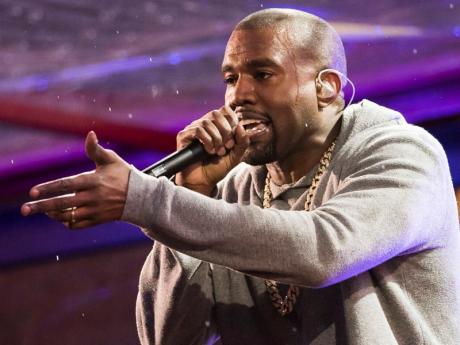 Kanye West's enigmatic personality has attracted renewed attention with his decision to stage his Sunday Service concert in Kingston, Jamaica this evening.

It’s the first international edition of the pop-up concert series.

The Chicago rapper, music producer, fashion designer and entrepreneur has had a lengthy career, accumulating countless fans and foes around the world.

Accomplished as Kanye may be, however, he has been a magnet for conflicts. ​Here are half a dozen controversies of Kanye West:

1. Through the wire
At the start, Kanye didn't fit the bill of a typical rapper. Judging his suburban upbringing against the standard 'hood' or ghetto life that informs the majority of rappers’ backgrounds many thought he should stick to the studio and keep his career as a producer. But nine solo platinum-selling albums later, he proved them wrong. Kanye's controversy-riddled, but successful career can be traced to a starting point after a car crash. He worked with Roc-A-Fella in 2000 and got in some production work on Jay-Z's The Blueprint (2001). But, without experiencing the near-death collision and having his jaw wired shut, Kanye would not have found the inspiration to record his breakout hit, Through The Wire (2004).

2. George Bush doesn't like black people
Following the tragedy of Hurricane Katrina in the U.S., entertainers gathered to participate in a TV fundraiser for victims of the terrible storm. In the midst of pleading for assistance, Kanye went off script to criticise the media's portrayal of black victims in particular, before famously adding, “George Bush doesn't care about black people”.

3. Jesus Walks
This is not the first time Kanye has announced a relationship with religion. After the successful release of 'Jesus Walks', he was questioned about his faith. He said he was spiritual and that religion encouraged judgement and separation. Making a bigger step than John Lennon before him, who likened himself to Jesus, Kanye covered Rolling Stone Magazine in 2006 posing as Jesus wearing a crown of thorns. This year, he declared his Christian faith on Twitter.

4. 'I'ma let you finish'
In 2009, the year of Beyonce's 'Single Ladies', Kanye upped the ante with a stunt that remains one of his most memorable. At the MTV Video Music Awards, he rushed on the stage and grabbed the microphone from Taylor Swift to complain that Beyonce should have been awarded over the teen's high school love song, 'You Belong With Me'.

5. Supporting Trump
Kanye's controversial reputation was steaming full-speed long before he started sporting 'Make America Great Again' hats in support of the Trump Administration, and continues in the wake of his recent admission of being a 'radically saved' Christian.

6. Slavery was a choice
In 2018, the world-famous rapper raised eyebrows and goose bumps when he declared during an interview with TMZ that slavery was choice. In the spirit of the 'cancel culture' which has awakened millennial audiences, Kanye's good favour may have been lost but not all. In January, he added another dimension to his performance with the introduction of the weekly pop-up concert series, Sunday Service.