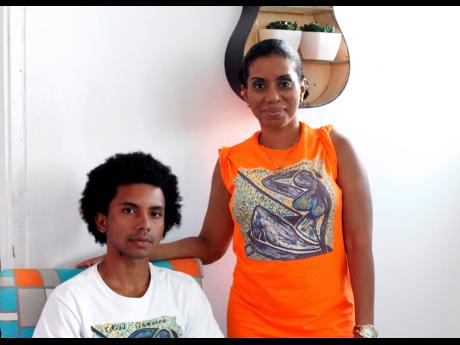 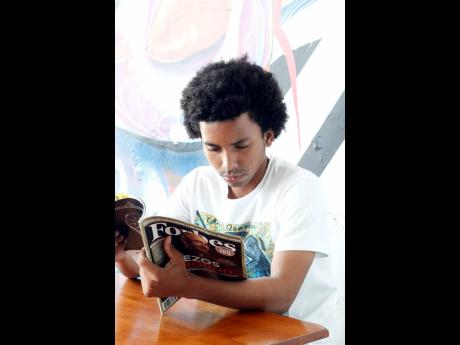 The seeds for Reap Records, nurtured by Maia Chung, were sown two years ago. A noteworthy advocate of local culture and its purpose on the global scale, Chung said she has her sights set on reaping talent and setting records on the entertainment scene.

“Our indigenous music is making people billions of dollars all around the world, but on the local scene, not many are appreciating the music being produced,” she said, criticising the support Jamaican music receives, during the recent group interview held at CoWork JA in Kingston.

Within the walls of the evolutionary workspace, Chung’s brain burst into diffuse mode as she explained the goals subsequent to the 2017 release of the label’s first official production, done in tandem with Fire Royal Productions, called The Reaper Riddim, which featured the likes of entertainers Niney, Powerman and Relevant. Hard Dryve Records and Third Eye Vision are also part of the entire musical project.

“We are actually at the point of finalising the music video – yes, two years later – for Relevant’s track Di Gang Call Mi recorded on the rhythm. It is a long time in between the song’s production and creating visuals but it is rare to find creatives in their early stages of germination, so to speak, that actually want to witness growth over a long period,” Chung told The Gleaner.

She added, “I say that to mean, one minute a person to listening to a song, the next thing, the name of the song much less the artiste’s will not be on the tip of the tongues of anyone that was in the audio’s presence. Haste makes waste and we are not in any hurry to put out garbage music, that when people listen to it there is nothing to absorb.”

The former TV personality acts as director, along with sons, Wickham and Cinquain Smith, for the record label which she described as a familial element. The rationale, she said, is about making Jamaica great and pick up on where the island has fallen short with its culture, specifically music and production at this time.

“Who knows when entertainment will be solely relegated to build our nation, especially since there is potential for it on local soil. Persons internationally are allowed to reap but why can’t we, sowing seeds here, reap too? There needs to be more creation of options and for us to recover and discover these youths that can fill the creative spaces and do so productively.”

Wickham Smith, the eldest of Chung’s three sons, claims that ska, though big in Asian continents, is an extinct musical genre locally and it is because one of the main elements of local culture – reggae music – has proliferated outside the nation with not only music but in festivals and entrepreneurship.

As surprising as this statement may sound, Smith said, “There are a lot of young creatives in their thirties, twenties and younger that do not fit the mould of modern or traditional dancehall. That kind of creative energy is very much existent in our country, but individuals are mystified with the Vybz Kartel style of performance and to trend for a moment.

“People know the difference between fast food versus a good, home-cooked meal. Reap Records brings to the table the latter – from a company that seeks to create noteworthy acts, not gimmicks people, that will present soulful music that is not limited to any particular genre,” he continued.

He is determined that with the groundwork that Reap Records is carrying out, the young (and undiscovered) grassroots will not only recognise the label’s patience, vision and mushrooming platform but see its level of professionalism and follow suit.

Meanwhile the quiet storm of the three directors, Cinquain, expressed opinions on the importance of gaining recognition outside of Jamaica, stating that, “When there is a narrow margin of individuals putting out what some may refer to as ‘top tracks’, it obscures the image of our country globally, so that is why, for the label, the focus also includes business entrepreneurship that encompasses music, arts, education, real estate and the like, so that the creatives we partner with can give the international stages a better perspective of Jamaican expressive culture.”