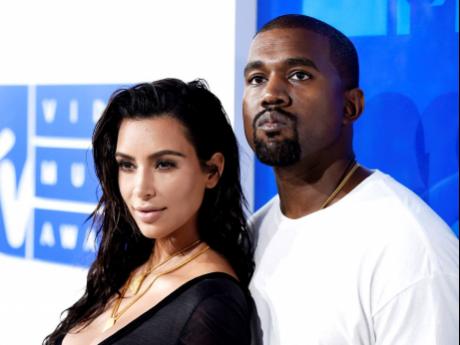 The Keeping Up with the Kardashians star, whose actual birthday is today, was joined by close friends and family – minus her mother Kris Jenner, who was at pal Jennifer Lawrence and Cooke Maroney’s wedding in New York – at the bash, which was hailed ‘Happy Kim Day’ in true Kardashian style.

Before showing off the nude pink-themed dinner table at the venue, which was decked out with a plastic ‘birthday babe’ necklace, ‘today is all about me’ badge and ‘birthday princess’ party hat, Kim shared a video of her getting her make-up done by her beauty mogul half-sister Kylie Jenner.

In an Instagram Stories clip, she said: “So for my birthday I have a special make-up artist today (Kylie).”

In the next video, she added: “Oh my gosh look at my dinner table.”

The final post from the evening was a picture of the game Cards Against Humanity – which sees players filling in the gaps of a sentence with offensive or risqué words.

Kim’s birthday celebration comes after she was baptised in Armenia. The reality star was previously thought to have just had her and husband Kanye West’s three youngest children, Saint, three, Chicago, 17 months, and Psalm, four months, welcomed into the Christian faith during her trip, but she has now revealed she joined her “babies” in the ceremony.

It is unclear whether her eldest daughter, six-year-old North, was included in the baptism, as she previously underwent the ritual in Jerusalem in 2015.

Kim – who wasn’t joined by her husband on the trip – shared photos, which included North, from the church ceremony, on her Instagram account and wrote: “Thank you Armenia for such a memorable trip. So blessed to have been baptized along with my babies at Mother See of Holy Etchmiadzin, Armenia’s main cathedral which is sometimes referred to as the Vatican of the Armenian Apostolic Church. This church was built in 303 AD (sic)”

Both Kim and North wore headscarves in the pictures, while her sister Kourtney Kardashian, along with her three children Mason, nine, Penelope, seven, and four-year-old Reign, could be seen in one of them.