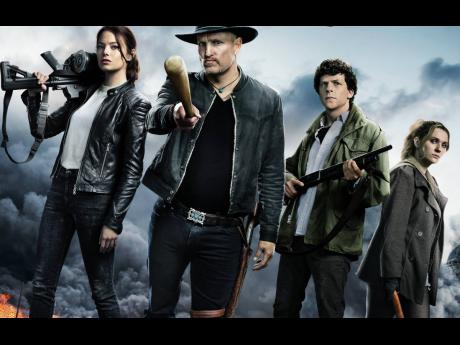 AP
The epic zombie fighters are back in ‘Zombieland: Double Tap’.

It’s no secret that Hollywood is a business that makes billions every year on one defining principle – nostalgia. Movies are made to tell stories that resonate with audiences. Ones that reflect our reality while also elevating them to something more on the silver screen.

They inspire us, and evoke complex emotions. The quickest, and easiest, way is to tap into what is familiar to us. So then, 10 years after its initial release, there is finally a sequel to Zombieland, that hopes to strike at the part of you that remembers the first one fondly. That is, of course, if you even saw it, which several people did not.

Though the fans of Zombieland are few, they are indeed mighty – at least in their vocalisation of love for the cult classic. The original was lauded for its unique take on an oversaturated genre, biting humour, and the level of depth it afforded to its characters. It found a way to make something that was old, new again, which is exactly what Double Tap is tasked with doing for the original Zombieland.

If this movie was a simple rehash of the original, it would be a waste of time. We could all go home, watch the original film, and embrace its timelessness. Thankfully, Double Tap takes the original and gives you something different. There are new characters, new threats, and enough to make the film feel innovative, and worth the 10-year wait. Yet with all these fresh elements, the basics of Zombieland persist. It’s still a road-trip film, in the same world that you fell for the first time around, with the characters you grew to love, accompanied by a decade worth of growth.

At its heart, Zombieland: Double Tap is exactly what you’d expect. It’s a ride through an interesting and ever-expanding post-apocalyptic America, one that has a clear set of rules. Not just the ones that Jesse Eisenberg’s Columbus keeps for survival, but also for the writing of Zombieland. It is satisfying to watch throughout. It is laugh-out-loud-inducing, as well as providing a surprising level of tension. A few moments feel as though they exist solely for the sake of fan service, but considering this sequel wouldn’t exist without the tremendous support by those very same fans, I’d say they deserve it.