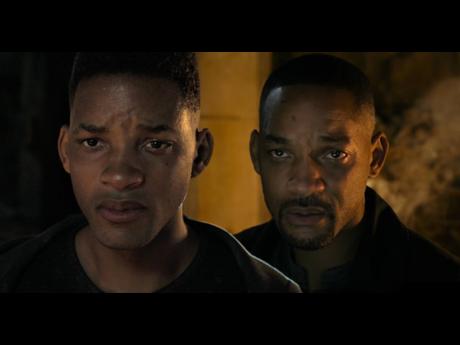 AP
Will Smith comes face to face with his younger self in ‘Gemini Man’.

Will Smith is one of the most versatile actors of his and his son’s generations. He’s been a comedian, a ladies’ man, an action hero, an inspiration to humankind, and Hitch. For a leading man like that, the only suitable opposite is, of course, himself. It’s the kind of movie that sounds incredibly cheesy, but with Smith in tow and a film-making legend like Ang Lee behind the wheel, there may be a chance of elevating the premise to a respectable level.

For a while, everything seems to be going well. The movie starts with Henry Brogen, an assassin who’s especially skilled with a sniper rifle. After an impressive opening sequence, the film takes its time to let you know who Henry is – a man with regrets who might not be well-equipped in dealing with them. The silent soldier is a common archetype in movies, and Smith does a great job of making you care about Henry before the chaos starts.

A little off the rails

Once it does, though, Gemini Man goes a little off the rails. The quiet, contemplative film soon turns into what feels like the pilot for a new television series, one that won’t go past its first season. When Deadshot faces off against the Fresh Prince, it’s entertaining, but when the action comes to a halt, the film does, too.

Characters only exist to get Henry from one location to the next and are trying their hardest to give life to a script that flatlines. It’s not as if the action has a lasting effect, either. There’s a motorcycle chase about halfway through the film, and watching it only made me wish I were watching Mission Impossible: Rogue Nation to see it done better.

The action is not the best, but it’s decent. The characters are forgettable, but they aren’t terrible. The dialogue isn’t Shakespeare, but it’s enough. Everything makes for a movie that would be a somewhat decent action movie, except for the effects, which shatter any immersion a viewer might’ve experienced. Certain scenes have the younger version of Henry looking like an unfinished video game from the early 2000s.

Standing still, it’s a passable effect, but in motion, it takes you out completely. Then again, it might just be the big-screen effect. I guess this one really should be a TV series.